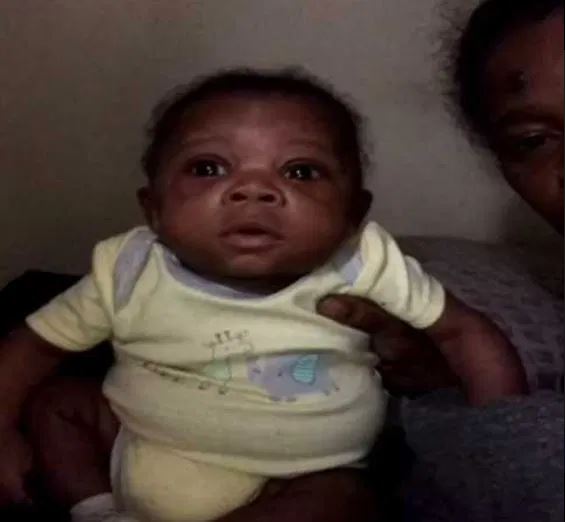 Scorpio Sharp was reportedly found unresponsive in a plastic container

A six-month-old baby boy was found dead in a closet months after child services had placed him with a violent criminal in Florida, USA.

Scorpio Sharp’s body was reportedly found unresponsive in a plastic container at a Brevard County home on March 1.

The baby was in the care of Ricky Tubbs, 25, after his mother Roxanne Raphael had lost custody of her son earlier this year when she was arrested for child neglect.

Placing Scorpio with Ms Tubbs, a non-relative, was the “only available option”, a Department for Children and Families spokesman told WFTV9.

She had passed necessary background checks but it was not disclosed to the DCF that Tanya Galvin, 41, lived in the Florida household and subsequently wasn’t screened.

The day Scorpio was found dead, he was left with Galvin – who had a history of violence, according to reports.

Police noticed three children between two and four walking unsupervised, according to their account.

The door at the property was reportedly found open and Ms Galvin was asleep. She claimed to police that she didn’t know where the children were and assumed they were with Ms Tubbs.

Police noticed an unresponsive infant in a plastic storage container during a welfare check.

CPR was performed but Scorpio was pronounced dead at a local hospital.

Autopsy reports show that the infant died as a result of drowning, local police report.

Galvin reportedly violated her probation on grand theft charges by moving in with Tubbs without alerting authorities.

DCF claimed that they made four welfare visits between February 15 and March 1 and Galvin wasn’t present, according to Crime Online.
Tubbs was charged with neglect of a child and great bodily harm after she reportedly lied to DCF about the living arrangements in order to gain custody of the victim.

She also failed to properly provide medication to the infant and knowingly left the child in the care of Galvin.

Galvin was charged with aggravated manslaughter of a child and violation of probation.