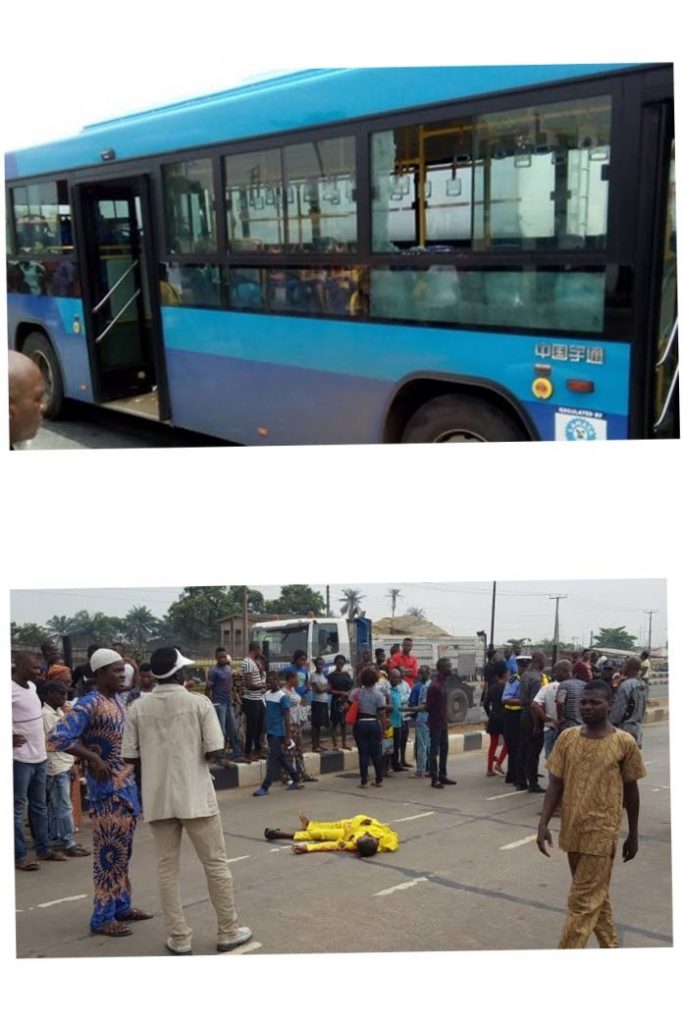 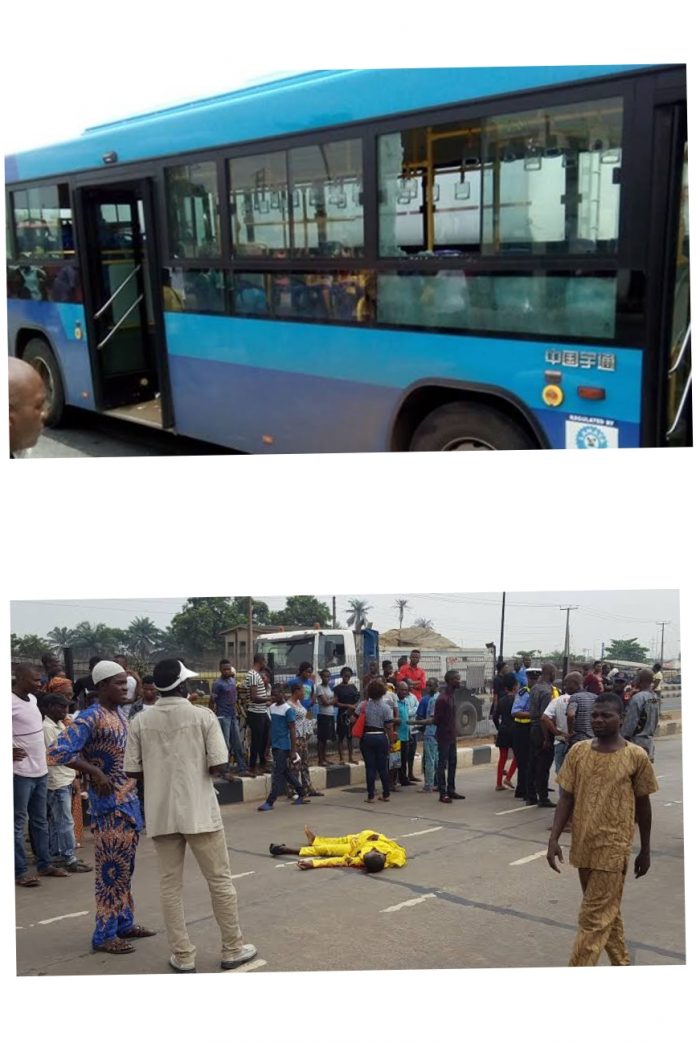 There was apprehension at the Owode end of Ikorodu Road in Lagos on Wednesday after a Bus Rapid Transit vehicle crushed a man whose identity is yet to be known to death.

A crowd of angry motorcyclists, sympathisers, who witnessed the incident, threatened mayhem and vandalised the bus.

The accident was the second in the area in the last two months.

Mrs Grace Okeleke, wife of the Head of Public Relations, Globacom, Andrew Okeleke, was crushed to death in Ikorodu on May 14.

She was said to have attempted to cross the road after being dropped off by her driver around 7:20pm when Collins Nnodi, who was driving one of the big commercial buses with number plate EPE 59 XR, knocked her down, killing her on the spot.