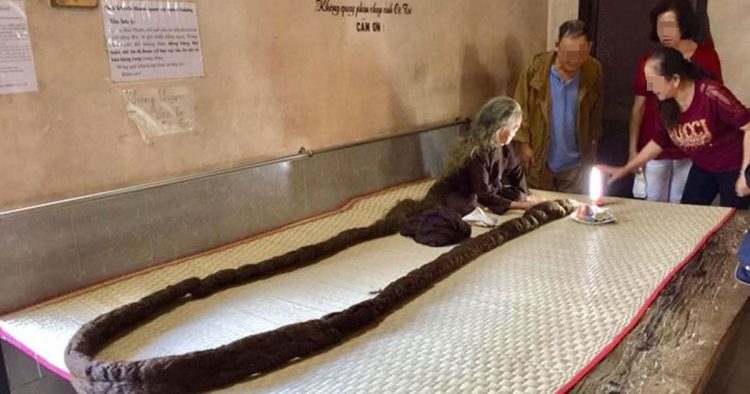 The woman has not cut her hair in 64 years

An 83-year-old Vietnamese woman Nguyen Thi Dinh from Ben Tre Province reportedly stopped cutting her hair when she was 19 and the hair now measures 6 meters in length.

The python-shaped hair came as a result of Nguyen’s bad hair day at a salon.

She alleges that she started experiecing severe headaches after she cut her hair for the first time at 19. The headaches were so bad her parents took her to see a doctor but even prescribed treatment didn’t work.

It wasn’t until when her hair started growing longer again that the headaches went away since then, she has refrained from cutting it ever since.

“Since then I have stopped cutting my hair, and as it grew back, my disease gradually improved. Strangely, when I washed my hair, my head started hurting again. So I stopped washing my hair completely and didn’t let my hair touch water,” Dinh recently told Tinmoi.vn.

Her hair became harder to manage as it grew longer and she had to start bundling it in dreadlocks. 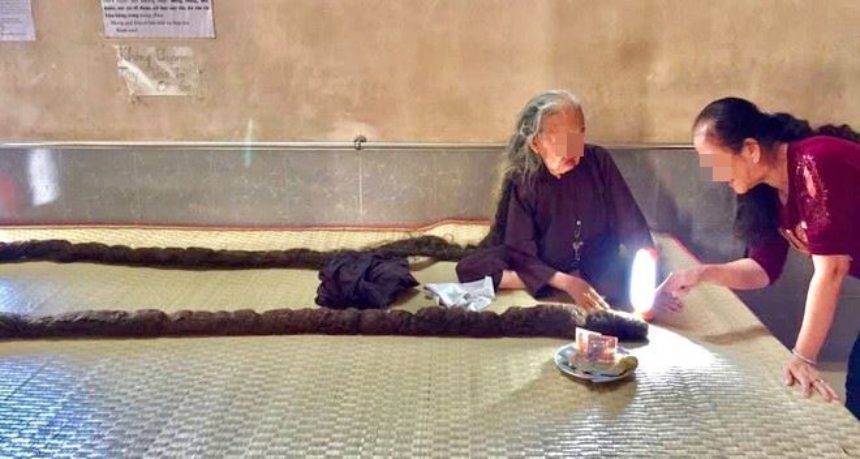 At over 6 meters long, the hair resembles a python. Although the hair on her head is now grey, most of the long “snake” is now brown, a palpable memory of her younger days.

Nguyen Thi Dinh, an 83-year-old woman from Vietnam’s Ben Tre Province, allegedly stopped cutting her hair when she was 19, which explains why it measures 6 meters in length and is shaped like a python.

Just a week after Indian man Doddapalliah made international news headlines with his 7.3-meter-long-hair, which he claimed he had never even trimmed, we feature the story of a Vietnamese pensioner who insists that she hasn’t cut or even shampooed her locks in the last 64 years.

As it grew longer, Nguyen Thi Dinh’s hair became harder to manage, so she bundled it in a thick dreadlock that now, at over 6 meters long, resembles a python. Although the hair on her head is now grey, most of the long “snake” is now brown, a palpable memory of her younger days.

In 1990, Nguyen Thi Dinh asked permission to move into the Buddhist Hue Phuoc temple, where she has been living ever since. She became a vegetarian and gradually eliminated all but one meal throughout the day, started reciting Buddhist mantras and adopted a very frugal lifestyle. All this has reportedly helped her maintain her health, both physical and mental, even at the age of 83. 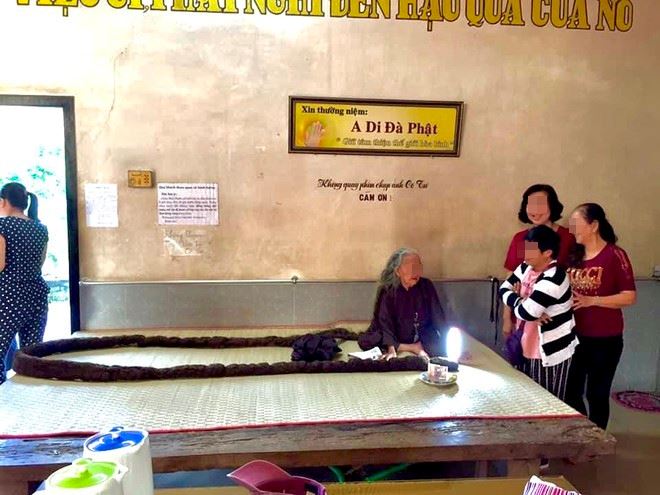 Her hair continues to grow at a rate of about 10 cm a year but she may never break the Guinness Record for the world’s longest hair.

We reported the story of Doddapalliah, a 95-year-old man from India who has reportedly never once cut his hair and it is now 24-feet-long (7.3 meters).

At his age, his hair poses a hindrance to his movement but rather than cut it, he asks for help from people around to help him tie it.

He and many people in his home town of Molakalmuru, Chitradurga district consider him a human deity he hasn’t cut his hair in nearly a century for fear of losing his status as a human god.