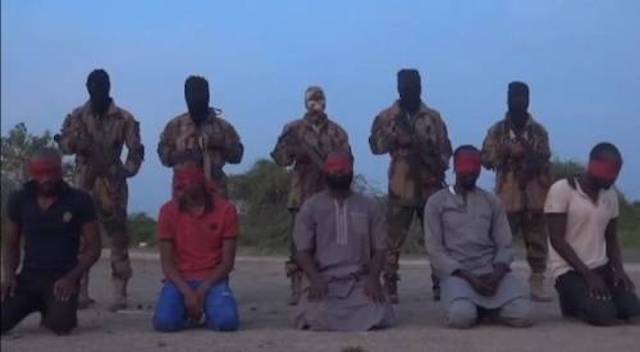 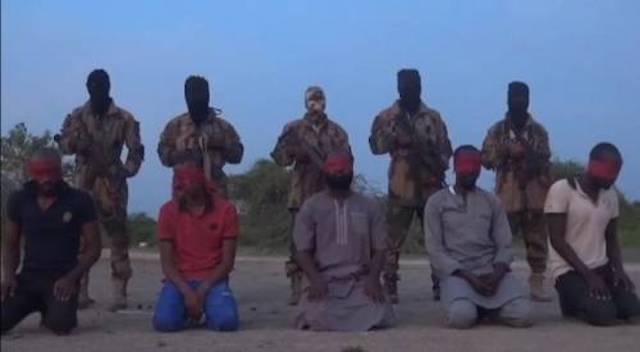 President Muhammadu Buhari has confirmed the execution of five aid workers in Borno State, by issuing a statement condemning it.

The executed aid workers were kidnapped by Boko Haram terrorists on 29 June.

The President’s confirmation followed the release of a video by the terrorists showing the killing of five humanitarian workers, the ISIS way.

The workers, who represented the State Emergency Management Agency, Action Against Hunger, Rich International, and International Rescue Committee, were all executed, the video showed.

The insurgents had earlier demanded about 500,000 U.S. dollars ransom before the abducted workers could be released.

Buhari on Wednesday condemned the murder, assuring the government would continue to do all it could to ensure that every remaining vestige of Boko Haram would be wiped out.

The president, in a statement by his Senior Special Assistant on Media and Publicity, Malam Garba Shehu, in Abuja on Wednesday, sympathised with the families of the five aid workers.

He prayed that God would comfort them for their irreplaceable loss.

He assured that the government would continue to do all it could to ensure that “every remaining vestige of Boko Haram is wiped out completely from North Eastern Nigeria and that the perpetrators of this atrocity face the law.’’

He thanked them for their continued dedication and service to the victims of Boko Haram in North Eastern Nigeria.

He also assured them that security agencies in the state would work closely with their organisations to implement measures to ensure that no such kidnapping of staff occurs again.

The aid workers were kidnapped while travelling between Maiduguri and Monguno, in Borno State.

They were Lucas Philibuz, who was working with the International Rescue Committee, IRC, Abdulrahman Dungus, of REACH International Initiative and Ishaku Yakubu the Action Against Hunger, AAH.

Others are Abdulrahman Bulama, a camp manager with state emergency management agency, SEMA and Joseph Prince, a local guard with Halogen Security.

The terrorists reportedly demanded a ransom of $100,000 on each of the captive.