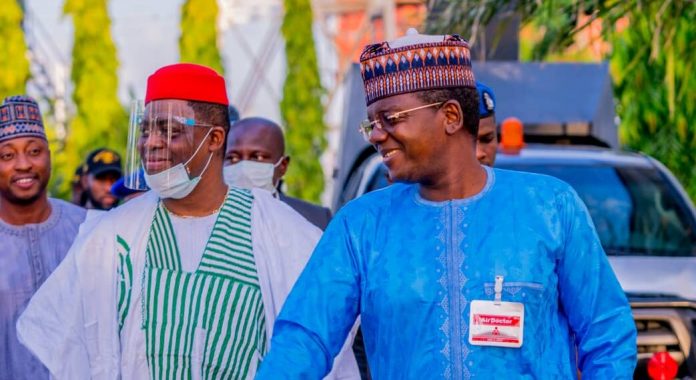 Following the installation of Femi Fani-Kayode as Sadaukin Shinkafi of the Shinkafi Emirate in Zamfara, traditional rulers aggrieved by the decision have been pulling out of the emirate.

“The action of the Emir has been generating a lot of tension in Shinkafi Local Government Area of the state,” they said.

Again, the emir, the duo said, breached the traditional law of the emirate by giving the traditional title to Fani-Kayode in one of the hotels in Gusau, the state capital instead of in his own palace.

“We held meeting with other traditional title leaders in Shinkafi emirate council who would also pull out of the council today,” they said.

The emir will soon be taken to court of competent jurisdiction, alleging that Fani-Kayode had always been a sworn enemy of the north, as well as anti-Islam.

Fani-Kayode is a self-proclaimed minister of the Christian faith, and critic of what he believes is  Fulani over-bearing politics in Nigeria.