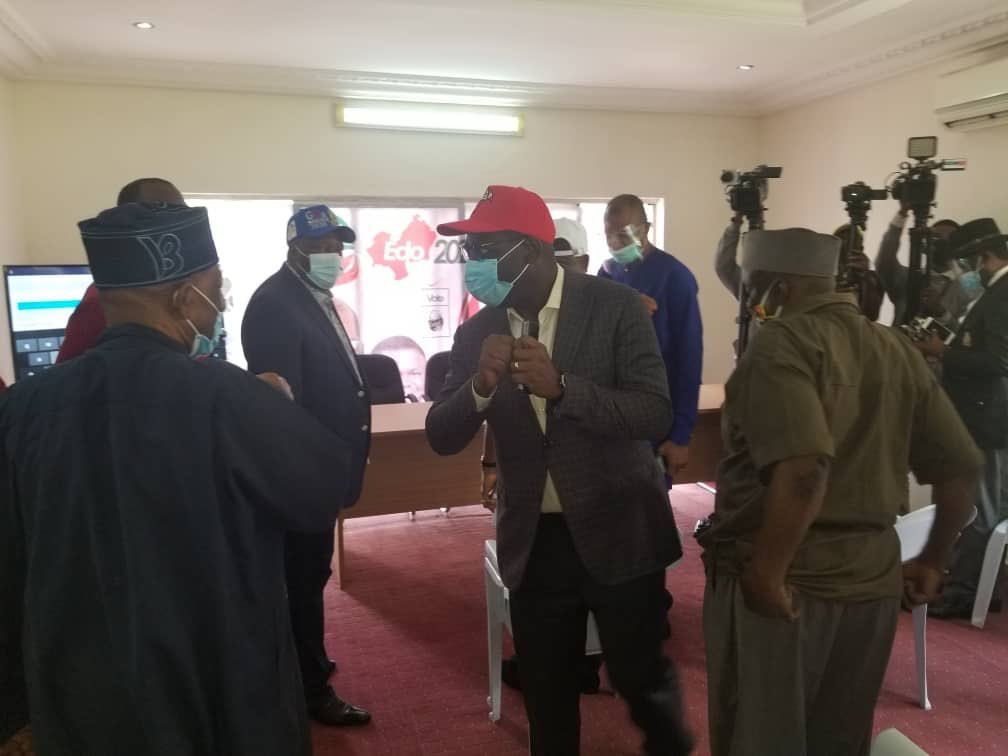 The People’s Democratic Party (PDP) in Edo State has inaugurated its Campaign Council for the September 19, 2020, gubernatorial election in the state.

BREAKINGTIMES reports that the campaign council was inaugurated at the party’s Secretariat in Benin City, on Tuesday.

Notable members of the party were drawn from the state’s three senatorial districts.

The inauguration was conducted in accordance with the National Centre for Disease Control (NCDC) guidelines on social distancing, as key council executives were present at the venue while others joined via Zoom meeting platform.

Speaking at occasion, Governor Godwin Obaseki said the inauguration signals the commencement of the formal process for the 2020 gubernatorial election in Edo State by the PDP.

Obaseki said: “Since Nigeria’s Independence, we have not had to undertake a unique election like this, where because of the global pandemic, coronavirus, we are not able to run elections how it ought to be run. However, it also highlights that this election is going to be about real democracy.

“As we go round the state talking to our citizens, there is so much to say because we have done so much. We do not believe that those who are contesting against us have a fraction of our achievements to show.

“So, it is going to be a very unique election. That is why we had to take a lot of time to compose the various committees so that everyone would feel a sense of belonging. We had to go through a deliberate process to ensure we glue our party together.”

In the same vein, Chief Dan Orbih, the Chairman of the Campaign Council, said, “for this election, the PDP has the best candidate. I appreciate the governor more now that I have more information about his programmes and policies. He took over leadership of the government when the state owed its highest debt since creation, but through prudent management and financial discipline, he has reduced the state’s debt profile.”

“We would not disappoint Edo people. I can feel what the people are feeling and their sentiments. We will deliver the governor in this election,” he added.