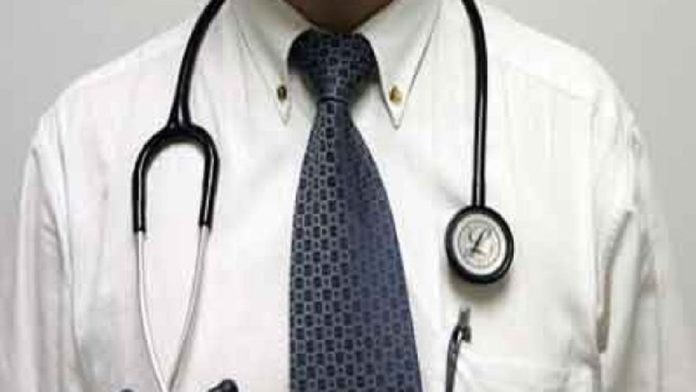 The recent resolution by the Nasarawa State House of Assembly that no professional doctor under the employment of the State Government should engage in private practice cannot hold water,reason been that the decision of lawmakers in Nasarawa was completely in conflict with the failed attempt by the Federal Government some years back.

The move made by the Federal Government in 2017 was to banned doctors in public hospitals from operating their private clinics and hospitals during working hours,but today is all history,While the ongoing in Nasarawa State if not properly handle would be highly regretted and the citizenry would suffer at the receiving end.

The issue at stake is to banned doctors under the employment of Nasarawa State Government from private practice completely,The Nasarawa State House of Assembly should get this right.

It could be recalled that majority of Indigent doctors left the service of Dalhatu Araf Specialist Hospital in 2013 due to lack of promotion,welfare,A survey conducted indicated that indigenes of Nasarawa State are at the echelon of service at the Jos University Teaching Hospital,National Hospital Abuja while others are operating their private hospitals and clinics .

3.Implementation of promotions from 2013 to date.

It could be recalled that in October, 2017 the Nigeria Medical Association and the Dental Council of Nigeria reacted over the new policy of the Federal Government banning medical doctors in public health institutions from engaging in private practice during working hours, describing the move as illegall

The leadership of the Nigeria Medical Association,Nasarawa State Chapter  has described the resolution by the State lawmakers as illegal and an interference from politicians that are not conversant with the code of ethics guiding Nigeria Medical Association.Doctor Peter Wisdom in a telephone interview said the only regulatory body to sanction doctors is Medical and Dental Council of Nigeria not politicians.

It was reliably gathered that the State Governor, Engr Abdullahi Sule has given the express approval for the payment of pending promotions to avoid further embarrassment that may lead to another strike action that may paralysed public health institutions from operating.

On the COVID-19 special package for frontline health workers, an insider from the health sector said the State Government from the inception of coronavirus pandemic is yet to receive a dine from the Federal Government as a donation to Nasarawa State

He confided that the State was insolvent and cannot be able to pay money to the tune of over N400m as special package to members of the Joint Action Committee comprises of six Associations.

On the “no work,no pay introduce by the State Government ,he explained the policy has been taken by event with the approval and directive  of the Governor of the to pay the striking workers their June salary which the did not work for.

The question to asked is can the resolution of the lawmakers stand ? As the house resolved that

1.The State Government should initiate special scholarship for indigenous medical and other science related courses.

2.The State Government should fast track the establishment of medical school in the State particularly at the Nasarawa State University, Keffi

3.Resolved that no doctor employed by the State Government should establish or operate a private hospital or clinic.

Findings revealed that doctors in Nigeria are working below World Health Organization standard which prescribed a ratio of one doctor to sixty patients as against one doctor to 1,600 patients obtainable in Nigeria.

Doctors supposed to work 40 unit not 80 unit,only time shall tell..