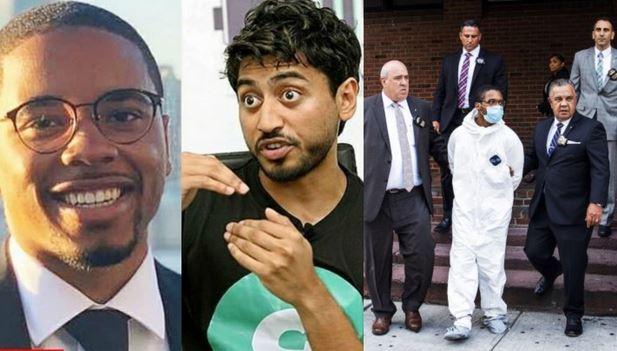 Nigerians have expressed shock and disbelief following the first arrest made in connection to the gruesome murder of Gokada founder and Chief Executive Officer, Fahim Saleh.

Saleh was gruesomely murdered on Tuesday by a faceless assassin who left his decapitated and dismembered body inside his Lower East Side apartment, in New York City.

Haspil, who was arrested on Friday, has been charged with the murder of Saleh, according to The New York Times.

“Mr Haspil was Mr Saleh’s executive assistant and handled his finances and personal matters. It is also believed that he owed the victim a significant amount of money,” the Chief of Detectives, Rodney Harrison, said at a brief news conference on Friday afternoon.

Police gathered that Haspil allegedly stole about $100,000 from the late tech entrepreneur but rather than handing him over to law enforcement agents, the late Gokada CEO brokered a repayment plan with him.

Haspil was arrested at 8:45 a.m. on Friday in the lobby of a building at 172 Crosby Street in SoHo.

“He tried to run,” said the building’s superintendent, who declined to give his name, explaining that he was not authorised to speak on behalf of the owner. The superintendent added that Haspil had arrived at the Crosby Street apartment at some point on Wednesday and that he was planning to leave on Monday.

Though investigation is still ongoing, Nigerians have since taken to social media to express utter disappointment and anger at the turn of events.

Joy Bewaji wrote on Facebook, “People never truly change. If you forgive a misdemeanour, you give them license to perpetrate worse crimes. This thing is really paining me. Imagine raising an excellent son, only for a bastard to come into his life and end it all. People like this killer always come to you with their tail between their thighs, begging for opportunities they hope you can provide for them. They won’t let you rest until you let them in. Then Boom! They become the thorn in your flesh. This is so annoying. I’m so angry.”

Chibuzor Azubuike wrote, “People never truly change. The same people he was kind to, killed him. The nerve.”

@tillaman said, “Damn! All I can say is looks can be deceiving I swear. The dude looks so innocent and all but I hope they get to the root of the matter.”

@GboyegaD said, “Indeed, the heart of a man is desperately wicked. Imagine how innocent he looks. He wasted his life just because of his greed as he will have to pay for this crime.”

@jaxxy stated, “Useless being. He doesn’t even look the part But why would a black guy who was given a good job kill his boss? Is he insane? So many questions need to be answered.”

@0lawale__ said, “What an unfortunate reason and an even more unfortunate PA. And if you check his Twitter @TyreseHaspil he looks normal. Mad man.”