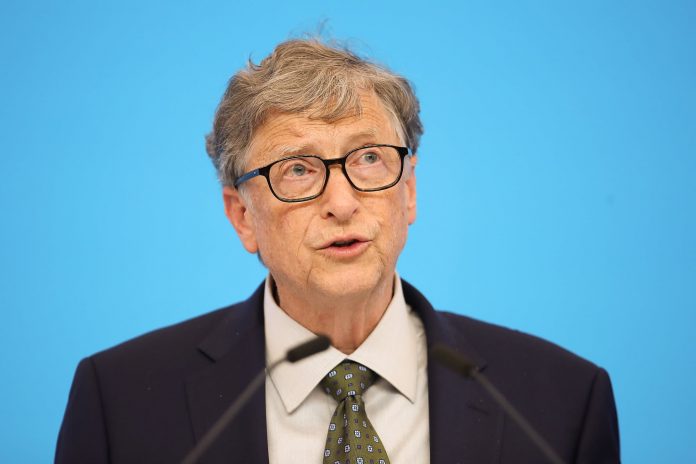 The Bill Gates Foundation has come under fire for subverting public health policy in some countries in response to the coronavirus pandemic. The Indian government contending with the protection of 1.3 billion people from the virus is most influenced by the Gates cabal. Though the country has low death rate from COVID-19 yet continued the lockdown.

It was noted that tens of millions are in danger of acute hunger and starvation in India. Lockdown was also said to have caused massive population displacement, probably the biggest since independence as millions of migrant workers returned to their villages, and has devastated livelihoods, especially among the poorest sections of society.

There was observation that the inflated COVID-related global death figures could be massively outstripped by the impacts of lockdown.

A study published in the Lancet in May was cited to have predicted that an additional 6,000 children could die daily globally from preventable causes over the next six months as the response to COVID-19 continues to weaken health systems and disrupt routine services. Scholars also stated that from the worst of three scenarios in 118 low- and middle-income countries, the analysis estimated that an additional 1.2 million under-five deaths could occur in six months due to reductions in routine health service coverage levels and an increase in child wasting.

“These potential child deaths will be in addition to the 2.5 million children who already die before their 5th birthday every six months in the 118 countries included in the study. Some 56,700 more maternal deaths could also occur in just six months,” it was declared.

India is listed as one of the 10 countries that could potentially have the largest number of additional child deaths. With this in mind, Pratyush Singh ( A researcher specialising in social medicine and community health, Pratyush Singh, was said to have written on The Wire website: “India has the largest number of TB deaths in the world with more than 1200 people dying every day. As more TB patients find it difficult to get tested or access medicine, this figure is almost certainly increasing…

“The list of diseases killing and disabling people is very long in India and every day that it ignores them, more and more are dying. The possibility of how the coronavirus phenomenon is killing more people than the infection itself is worth considering.”

He noted that more than 200,000 new patients of end-stage renal disease are added every year, which incrementally adds to more than 30 million dialysis episodes per year. It is worth considering that a dialysis centre is least 50 kilometres away for almost 60 per cent of Indians, he added.

Singh maintained that  that as most kidney patients in India depend on haemodialysis that might require as many as five sessions per week, their travails during the lockdown are apparent.

It was indicated that in India, severe diarrhoea is responsible for the deaths of one in four neonatal children. Singh recommended that timely hospitalised care is the only safety net for an undernourished infant.

Singh contended an indictment (“delinquent neglect”) of India’s (increasingly privatised) healthcare system which prior to lockdown was for many already difficult to access and woefully neglected in terms of public spending. He decried that India has the highest under-five mortality rate in the world, which means that more than 3,000 families lose their children under the age of five every day:

UNICEF data and Indian government estimates show that nearly 30,000 mothers died due to pregnancy-related issues in 2017, indicating that only 21% of expecting mothers receive complete antenatal care.”

More children will die of starvation and lack of healthcare than from the coronavirus infection.” He added that the first Comprehensive National Nutritional Survey (2016-18) in the country reported that less than 7% of the country’s children under the age of two receive the global minimum acceptable diet.”

The alarm was raised that as countries are beginning to open up economies, Bill Gates, the WHO and strategically co-opted figures are shouting about the coming of the ‘second wave’. The author warned that “they will try to keep this pot boiling.”