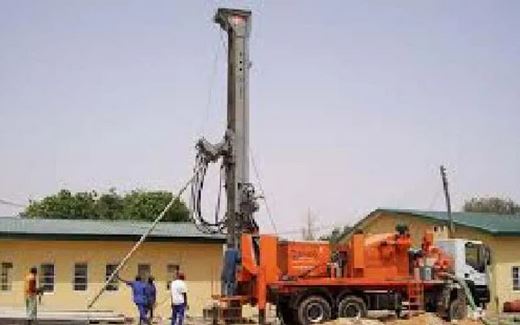 Inside Mararaba, The Taraba Community Where Water Is A Luxury

Situated in the southern part of Taraba State, Mararaba is home to numerous personalities in the state, one of which is the deputy Senate minority leader, Emmanuel Bwacha.

The town, which is home to over 30,000 inhabitants, still suffers from water scarcity which over time has brought untold hardship to residents of the area. Water, be it clean or not, is luxury to them and has become a part of their daily lives.

Located in Donga Local Government Area of Taraba State, Mararaba citizens are yet to tap the dividends of democracy although they have been voting and participating in various political processes so far.

Howbeit, the agrarian community which is home to various tribes in the state, will soon heave a sigh of relief with the delivery of two drilling rigs and other machines, including water tankers by the Federal Government through the instrumentality of Senator Emmanuel Bwacha.

Before now, they had been relying mostly on streams and wells which during the dry season cannot cater for all their water needs. Most of their sources of water are distant from their homes and residents trek for kilometres in search of water.

Water being an integral part of farming for them is a source of worry. But the coming of the rainy season has to an extent eased their suffering. While some have a reservoir for the rainwater, others simply hope for constant rainfall for a bumper harvest.

Arewa Voice correspondent who was in Mararaba community where the drilling rigs and other machines from the Federal Government were officially handed over to a committee set up to identify where modern boreholes would be sunk, observed that the gesture excited members of the community who came from far and near.

The women in particular, who came in large numbers, could not hide their joy as they danced to the various tunes coming from the public address system at a football field within the community where the machines were handed over to the implementing committee.

Senator Bwacha, accompanied by a representative of the Independent Corrupt Practices Commission, ICPC, handed over the keys of the machines to the committee. Relishing his experience as a young boy in the community, Bwacha was grateful that through him his community and environs have finally been liberated and would no longer suffer for lack of clean water.

“We have had this problem of water supply since I was growing up as a young boy. We had to trek long distances in order to fetch stream water for our daily use. But when I got into government in 1999 as Commissioner for Agriculture in Taraba, we sank some local boreholes in this community which did not provide enough water because their level of production was very low.

During the seventh Senate, I proposed a project for the reticulation of water from River Suntai into this community which was captured in the 2018 budget. But after due consultation, we discovered that this project would not have much impact on the community because the funds allocated for its delivery was too small.

“Afterwards, we sought for a change of plan by writing a corrigendum for the purchase of drilling rigs from India instead of reticulation of water from River Suntai to the community. The money allotted for this was N400 million which was used to buy two drilling rigs and supporting machines, including water tankers which have now been delivered.

“These rigs will not only serve the Mararaba community, but all other communities in Taraba South which I represent would equally benefit. And this is why a committee has been inaugurated to identify communities under the five local government areas in Southern Taraba where modern boreholes would be drilled at a reduced cost,” Bwacha said.