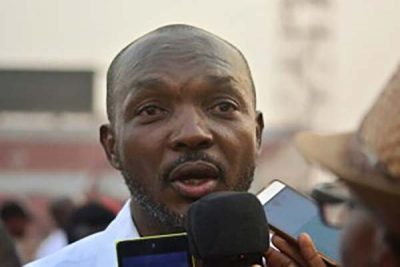 The 2019/20 NPFL campaign came to an abrupt end with the NFF endorsing the decision of the organisers, League Management Company, LMC,to terminate the season prematurely on the recommendation of the Club Owners Association in the aftermath of the outbreak of the Coronavirus pandemic in March this year.

The novel coronavirus crises forced the suspension of the NPFL in March, and eventually an outright termination of the season at matchday 25, and the league didn’t run its full course to matchday 38.

Now, one of the clubs, Kwara United, are pleased with the abrupt end of the campaign with head coach, Biffo, saying it’s a blessing in disguise as it presents the club an opportunity for a fresh start and avoid the dreaded drop to the second tier league, Nigeria National League, NNL.

“I must be frank with you, it’s good for the club”, admits Biffo told Complete Sports.

“It gives us an opportunity for a fresh start, an avenue to correct those mistakes we spotted during the league.

“When we took over (Delta Force), we started with a team we prepared for the Nigeria National League.

“And when we bought Delta Force, we were constrained to play some matches with the same players we recruited and registered for the National League.

“Don’t forget, as Delta Force, the team had played many matches before we took over.”

Biffo added: “In truth, our team wasn’t a bad one at all. Problem was that the players were young, making their first Premier League appearance and a bit short of experience.

“It’s just that a little more experience needed to be injected into the team. And the opportunity of remaining in the Premier League given the way the season ended now affords us the chance to make all the necessary amendments in the team going into the 2020/2021 season.”

The former Katsina United gaffer believes his players will stand up to be counted when the 2020/2021 campaign gets underway. 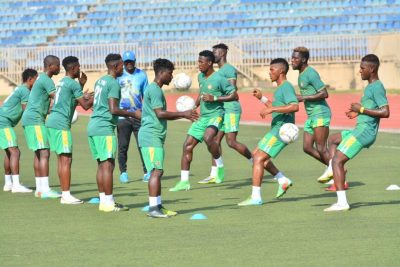 Kwara United players warm up before a match

“I still believe in the players. And majority of them are still going to be in the team for next season,” Biffo said.

“Last season was like a test-run for them. It was just the lack of experience. And you know that experience is earned, not bought.

“It’s not that easy to acquire experience, you only earn it. Most of the players never played in the premier league before, but last season gave them that opportunity.

“So they are going to explode come next season”.

Biffo has had coaching spells at top clubs like Niger Tornadoes, Abia Warriors and Katsina United before mounting the technical saddle at Kwara United.

Looking back at his previous employers, Biffo singled out Abia Warriors as the club where he enjoyed his work most.

“The club I enjoyed most is Abia Warriors,” the young tactician revealed.

“Everyone faces his job. There was never any case of someone interfering in the business or affairs of another department. Everything is well structured and there is a lot of synergy that makes the system easy.

“If every club in the Nigeria Professional Football League borrow from their ideas, such clubs will be very conducive for any coach to work.

“Not that I didn’t have any challenges at the club, but the challenges were just normal, which can also be encountered in every other club”.

Biffo calls for the democratisation of football club administration in Nigeria, saying it’s the only way to make for speedy development of the game in the country.

“If we take a look at the NPFL clubs, many of them are government sponsored clubs,” the soft-speaking coach obseeved.

“The administrative positions in clubs are politicized. Most of the chairmen are either politicians or friends of the politicians. When they give them the job, there are many more people who will be challenging their appointments, and waiting for them to fail so that they can take over.

“These administrators would not have time to put any developmental program on ground, instead, they would circumvent all rules to make sure they win in order to keep their jobs.

“And they will have no option than to support the club fully, knowing very well that if the club fails, they will not have any thing to administer.

“This will also give the administrators the opportunity to drive their programs till the end of their tenure.

“This would be the best way to properly position the clubs to compete favourably with clubs in other countries”. 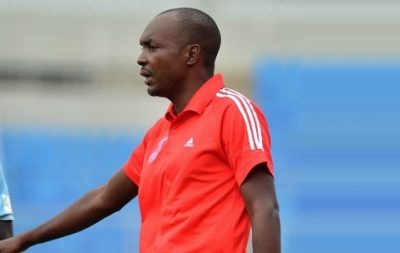 Biffo also voices his admiration of the organisers of the NPFL, the League Management Company, LMC, following reforms they have made in the league aimed at moving it forward.

“We are moving forward. You can agree with me that in the past, it was like a taboo for a team to win an away match.

“But in the past three seasons, no team is guaranteed victory anywhere, home or away. If you don’t play well at home, you lose. And if you play well at away, you win. This is a great improvement and we must commend and support the LMC and the NFF to continue the good job they are doing and even improve on it.

“It’s not yet a finished product, but right now, they are on the right track”.

The coach however expresses worry that indigenous coaches are not being accorded their due respect and right in Nigerian football. He reiterates that they need more respect from their employers.

Also Read – Just Before Kick-Off: The Proposed NPIFL And Legal Ramifications Of A Parallel Professional Football League In Nigeria

“A single mistake, and they will immediately relieve the coach of his job. They will not give him the courtesy of interacting with him to discuss the terms of the contract and way out. You can even be in training and hear over the radio that you have been sacked,” he said, decrying such practice as unprofessional,
Which gives the coaches problem and affects their health.

“when you know that you are working in an atmosphere of uncertainties, you hardly sleep well, and when you don’t sleep well, your health will be affected.

He added: “You can sleep in a club today, and wake up in another club tomorrow. There are a lot of uncertainties. And the administrators don’t care how you will survive when they kick you out without compensation.

“The administrators should look at that closely, and always give us our due respect”.

However, he admits that for the coaches to be respected, they must be knowledgeable enough to inculcate such to their players.

They must also work in synergy with the administrators, and ensure that they provide them with all the needed resources to carry out their programs.

“When all these are provided, the coaches will ensure that they excelled,” Biffo submitted.