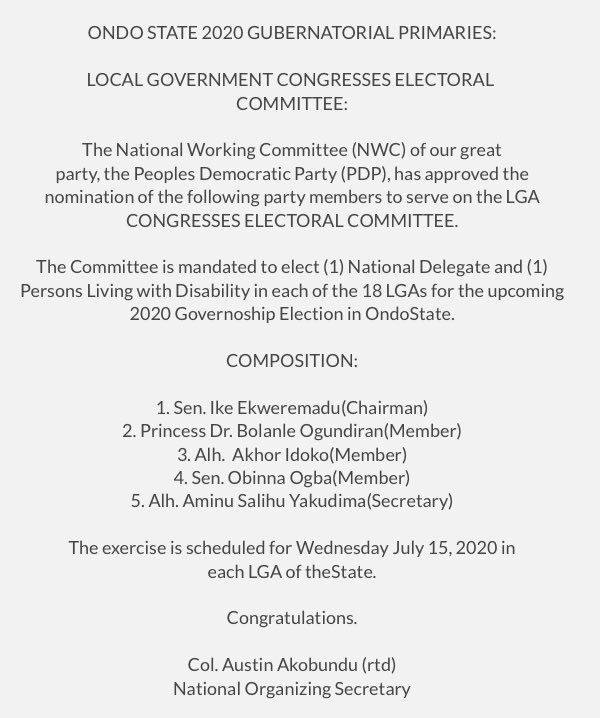 As stated in a brief statement signed by the National Organizing Secretary of the party, Col. Austin Akobundu (RTD), the Commitee is responsible for the election of National Delegate, and the selection of 1 person living with disabilities in each of Ondo State’s 18 LGAS.

This is in preparation for the upcoming 2020 Ondo Governorship elections. The selection exercise is scheduled to hold on Wednesday, 15th July.

Other members of the committee headed by Ekweremadu include:

“The NWC of our great party, the PDP, has approved the nomination of the following party members to serve on the LGA Congresses Electoral Committee”.