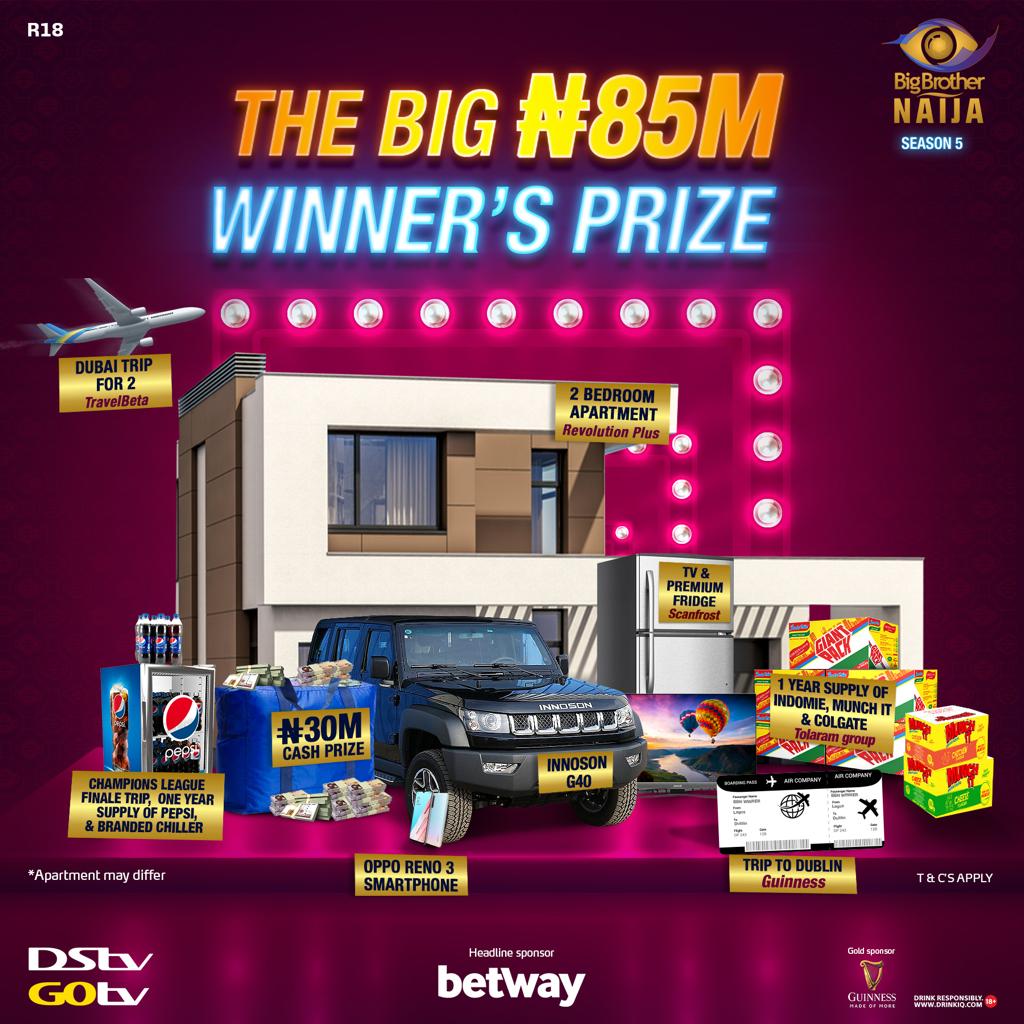 MultiChoice Nigeria has revealed the grand prize for the winner of Big Brother Naija season 5.

According to Multichoice, BBNaija season 5 winner will walk away with a whopping N85m grand prize!

The grand prize which includes a N30m cash prize, makes this season’s winnings the biggest since its debut back in 2006 and highest prize for reality TV show on the continent!

Chief Executive Officer, MultiChoice Nigeria, John Ugbe said: “The fifth season of BBNaija marks a major milestone in the reality TV series. We are making this season significant by not only increasing the winnings, but by also implementing other creative and innovative ways to ensure the show lives up to the premium entertainment especially during the current pandemic.”

The breakdown of the grand prize for BBNaija season five includes: a N30m cash prize; a two-bedroom apartment courtesy Revolution Plus; a top of the range SUV from Nigerian automaker, Innoson Motors; a trip to Dublin courtesy Guinness; home appliances courtesy Scanfrost; a trip to Dubai packaged by Travelbeta; a year’s supply of Indomie noodles, Munch it and Colgate toothpaste; a year’s supply of Pepsi, a branded chiller and a trip to watch the UEFA Champions League finale; and a brand new Oppo mobile smartphone

Meanwhile, MultiChoice will in the coming days reveal other surprises for viewers and fans of the show.

BBNaija season 5 will be broadcast live and 24/7 on DStv channel 198 and GOtv Max and Jolli packages on channel 29. DStv viewers can also follow the drama this season with the DStv Now app on a smartphone, tablet or laptop.