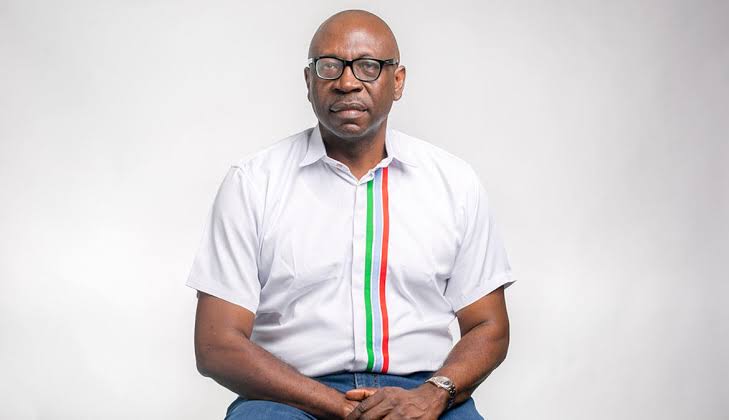 The governorship candidate of the All Progressives Congress (APC) in Edo State, Pastor Osagie Ize-Iyamu, risks being arrested on July 14, 2020, if he fails to appear before a Federal High Court in Benin City for allegedly laundering the sum of N700 million.

The Economic and Financial Crimes Commission (EFCC) had informed a Federal High Court in Benin City, that Ize-Iyamu and his fellow suspects took possession of about N700 million without any contracts.

The court had on Tuesday, July 2, adjourned the matter to July 14 due to the absence of Ize-Iyamu, who was said to be indisposed.

The trial had been delayed due to Ize-Iyamu’s absence, even as the presiding judge, Justice Mohammed Garba, had earlier validated the charges against him.

Pastor Ize-Iyamu is the first defendant in the suit No. FHC/BE21C/ 2016 filed by the EFCC, who accused the defendants of conspiring among themselves to commit the offence in March 2015, alleging that they took possession and control of the funds without any contract award.

The judge rejected the oral request for a prolonged adjournment of the case by the counsel to Ize-Iyamu, who argued that his client will not disobey the order of the court.

Justice Garba stated that the last time somebody was here, he (the judge) made an order for the accused person to appear in court or face arrest.

The accused persons including former Deputy Governor of Edo State, Mr. Lucky Imasuen, Mr. Efe Erimuoghae-Anthony, and others are facing an eight-count charge of money laundering to the tune of N700 million meant to prosecute the 2015 general elections.

KanyiDaily recalls that the National Chairman of the APC, Adams Oshiomhole had alleged that Pastor Ize-Iyamu can’t be trusted with public funds.