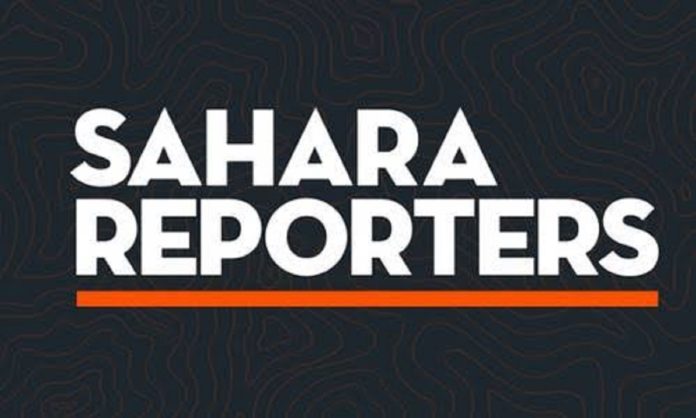 …a brand of characterless, absurdly false journalism on self-destruct

The very object of communication is, indisputably, to attain a desired result; definitely to it must serve the purpose for which it is designed, intended or planned – positive or negative.

Communication is perhaps the most important aspect of human and social existence even during the primitive age. Therefore, care must be taken to preserve its sanctity and values and that demands that the content being pushed out is not distorted or cooked, espousing the public good and sometimes truthfully exposing wrongdoings in the society.

A medium which hurts and destroys people getting growling phone calls and libel suits has little chance of survival. Ethically, objectivity, fairness, sticking to the facts, weighting facts against truth, demanding the other side are hallmarks of good reportage. One of the dictums is that as reporters you should not LIE; it should not be the figment of the imagination of the organization.

For Sahara Reporters they have crafted a different set of canons for their recruits; their specialty, to say the least, is taking the frontier of reporting away from facts to the inglorious realm of groundless speculation and dementedness. It is an absurdly false and characterless brand of gutter and blackmail journalism; a pack of chatterboxes and clamps whose stock in trade is falsehoods, obnoxious and villainous “beer parlour’’ gossips.

By constantly waging wars against those in authority and vilipending them, the online medium is gradually tightening the noose around its neck as purveyor of fake news and propaganda.

At best Sahara- Reporters’ variant of journalism is no-par-value as against evidence-based, factual, authenticated and verified reports of a credible medium. The nontradable products of the medium are fertile grounds for a classical study of an abuse of the new media and its irresistibility by gullible few who are wont to be rather quick of swallowing their churn-outs hook-line-and sinker and disregarding rebuttal or apologies by such errant media.

Unlike a renowned restaurateur with wide ranging traditional clientele who are pernickety, the likes of Sahara Reporters are piffling, pigheaded and higgledy-piggledy. The dysfunctional aspect of their reportage is fast becoming a phenomenon contrived mainly to destroy, damage reputation and integrity built over the years all in a bid to get rich quick extortionately. In the absence of any regulation or regulatory body or union, the only option is to approach the court to checkmate this errancy and miscreants in journalists’ toga whose watchword is publishing dishonesty, malicious, repulsive, contemptible and loathsome reports.

They continue to relish in it because the wheel of justice for libel and defamation cases is supposedly slow as most cases are not expeditiously tried – taking several years to serve justice. The question is: How many people who have consumed the fake news ab initio will ever get to read the judgment obtained against such errant medium or media? Even apologies are taken with a pinch of salt !

Since most media are near shut down or distressed with zero-assets, damages to the tune of millions can’t be settled by them while they resort to out-of-court settlement and getting monarchs and personages to intervene typical of the miscreants they are. Sahara Reporters as a medium is in and out of court with fusillade of lawsuits and it may just be adding to the long list inadvertently.

The Speaker of the Lagos State House of Assembly, Mudashiru Obasa, ex-Lagos State Gov. Akinwunmi Ambode, Ogun State Government, the Central Bank Governor Godwin Emefiele even Nigeria’s Presidency have had to refute their stories time and again with some of them ending up in litigation.

Sadly, there is character or profession in Sahara Reporters that can act as institutional gatekeeper to checkmate these inanely, insubstantial and irritatingly silly bush telegraphs, spreading gossips swiftly without restraint. It would have been better for the medium to go back to the medieval and primitive method of communication by words of mouth or gongs or drumbeats that can be denied or disowned.

A litany of some of the fake news published by Sahara Reporters include: In March 2020 –  Sahara Reporters published a report that the Government IT clearinghouse, the National Information Technology Development Agency (NITDA)  received one billion naira from the Nigerian Communications Commission (NCC) on the orders of the Minister of Communications and Digital Economy,  Dr Isa Ali Ibrahim Pantami.

According to Sahara Reporters it was intended for a “digital learning scheme”.

NITDA has maintained it is not promoting and has never promoted any programme with the title “Digital Learning Scheme” and has therefore never received any sum from the NCC for this phantom project or any other project.

NITDA in strong terms publicly and unequivocally denied the false report and has challenged Sahara Reporters to publish proof. Till date the media house is yet to respond.

In 2018: Sahara Reporters in a report said that a former minister of Aviation, Femi Fani-Kayode’s two-year old union with wife Precious Chikwendu had allegedly “hit the rocks and threatening to explode in dramatic fashion”.

“We wish to put it on record that there is absolutely no an iota of truth in any part of that story and it is nothing but fake news” the minister said in a statement.

“As a matter of fact, it is a total fabrication put together by a desperate and vicious media house that seeks to destroy the lives of every member of the Fani-Kayode family.

The wife, Precious Chikwendu, also came out to accuse Sahara Reporters of publishing falsehood and asked the media house to apologize.

The couple is still together and both had triplets last year. Again, Sahara Reporters is yet to apologize for publishing fake news.

Also in a report fraught with lies and embarrassment, the online medium alleged that the Attorney-General of the Federation and Minister of Justice, Abubakar Malami, purchased a multi-million Naira Abuja mansion for his son who recently got married.

Malami described the report as ‘fabricated allegations’ that had become the trade of his traducers.  The report also alleged that the Attorney-General was planning “a second leg” of wedding for his son and had allegedly chartered private jets to convey guests to the purported venue.  The minister had responded, saying the son does not even reside in Abuja.

“It is one of such libelous publications of which the newspaper is commonly known for, the AGF said. It targets a selected few for unsubstantiated fabricated allegations while overlooking more serious reasonable allegations visibly against its favoured sectional kinsmen.”

The AGF challenged anyone with evidence on his alleged purchase of the said mansion and charter of private jets to make such public.

“Who is the vendor of the purported house bought for my son in Abuja at N300m? Where is it located? Where are the title documents?” he queried.

On the alleged chartered jets: “It is common knowledge that I have neither a father nor mother anywhere in Nigeria to convey to Kano for the wedding.”

“Who then am I using the chartered flight to convey? Which jets are chartered? Who paid for the charter? Through which means was the money paid?” he further queried. Till date, Sahara is yet to publish any evidence to support the story.

Sahara Reporters are on a mission: engaging in needless and self-destructive controversies and tarnish the image of public officers and citizens who are resolute in executing an agenda without kowtowing to powerful vested interest groups who resort to mudslinging when their demands are not met.

Quakery appear to be the vision, mission and centre stage of Sahara Reporters publishing devoid of decorum. In this time and age, no sound professional journalist worth his salt should sit down after quaffing some beer to do a story unmindful that there are consequences. Typing out squiggles from the reporter’s notebook, if not from the head, on the computer represent lives and the reporter and the organization should be conscious of what they do those lives.