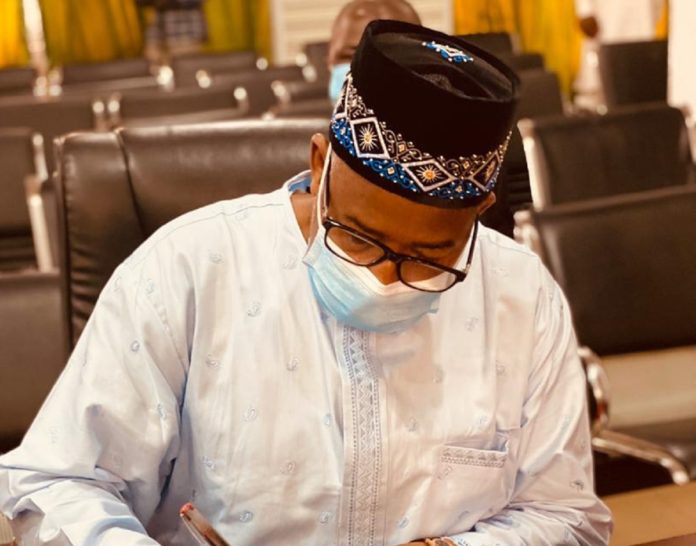 The Chairman, Administrative Committee of Inquiry​ Land Disputes Between Herders and Farmers Signed Surveyor Yahaya Baba has asked the support of the people of Bauchi State to enable them find lasting solutions to end farmers herders clash.

Yahaya made the call in a statement he personally signed which was distributed to reporters in Bauchi on Monday, He said the committee welcome both written and oral contributions from all stake holders that will assist the committee in the discharge of it’s responsibilities by making any recommendations that will promote permanent resolution of herder/farmer clashes across the State.

Chairman said inline with it’s terms of reference the committee will visit all 20 Local Government Areas, particularly, Government Reserve Forests in the State with the aim of ascertaining their sanctity.

He assured the commitment of the committee to investigate and determine if such Government Reserve Areas are being illegally allocated by unauthorised persons or group of persons and those persons who are beneficiaries of such illegal allocations.

Yahaya said the committee will determine the persons or authorities directly or indirectly involved in such illegal allocation of the portion of the Government Forests Reserve Areas.

He said the committee will identify all the cattle routes within and outside Forest Reserves, and areas or portions of encroachment by farmers.

Committee Chairmam said the committee will be fair in it’s recommendations on measures to be taken in order to re-establish the cattle routes, Forest Reserves as well as prevent herder/farmer conflict in the State.

Bauchi State Governor Senator Bala Bala Abdulkadir Mohammed​ on 8th July set up the Administrative Committee of Inquiry into Land Disputes Between Herders and Farmers, and asked them to submit their​ report within 4 weeks from the date of inauguration.