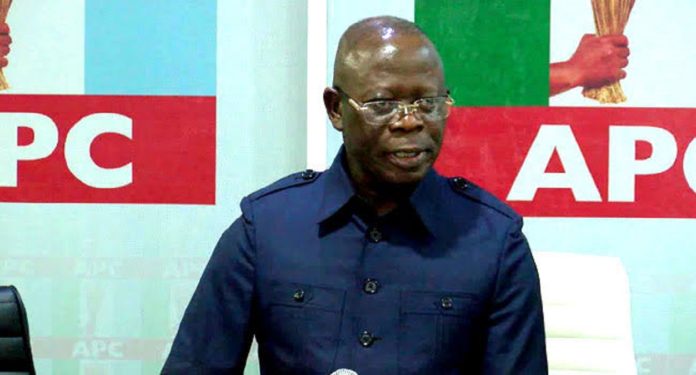 The Peoples Democratic Party (PDP) mocks the All Progressives Congress

manipulate the Edo state governorship election for their rejected

election, the APC has further exposed its hopelessness over their

rejection by the Edo people and now seeks to blackmail the Commission.

Whereas we understand APC’s despondency over the soaring popularity of

our party and candidate, Governor Godwin Obaseki, the APC is worsening

its  woes by sponsoring fabrications against the expressed will of the

The APC, by now, should know that attempting to rig, by any way

whatsoever, will surely be met with stiff resistance and dire

consequences from the people.

discredited nomination process and being stuck with a blighted

candidate, who has now become a symbol of a direct affront by corrupt

political godfathers and cabal to the will, ability and liberty of the

people of Edo state to chose their own leader.

The APC should blame themselves for presenting a candidate who was

exposed by their party’s former National Chairman, Adams Oshiomhole, as

a person of questionable character, a treasury looter, acid bather,

rusticated student; a politician, who is only good for “night meetings”

and unfit to hold office as governor of Edo state.

The APC should also hold  Oshiomhole responsible for indicting its

candidate as a “fake pastor” that started carrying the Holy Bible

because he could not practice as a barrister.

It is indeed disgraceful that 73 days to the election, all the APC has

to offer is blackmail against our leaders, after its plans to derail the

election has been exposed.

It is common knowledge among Nigerians that characters, such as

‘gandollar’, the killers in the Kogi election as well as manipulators in

the Imo election, being paraded by the APC as the face of their campaign

in Edo state, were foisted into office through rigging, bloodletting and

Nigerians already know how  the “Gandollar” election was driven by

and inflicted injuries and pain on our compatriots.

Nigerians can also recall how, in the Kogi election last year, gunmen

and police helicopter were used to chase away voters, while an innocent

woman, Salome Abuh, was killed by APC thugs in celebration of their

bloodstained electoral conquest in the worst election in our political

history as a nation.

The public has not also forgotten how an individual, who came a distant

fourth in the Imo state governorship election, suddenly became the

APC that will enlist the services of known election manipulators, who

have now started their assignment by sponsoring fake reports, to run its

election as the people of Edo will firmly resist them. The APC should

inevitable crushing defeat at the poll.

Furthermore, the PDP counsels INEC to note the dangerous plots of the

election is already clear for all to see.