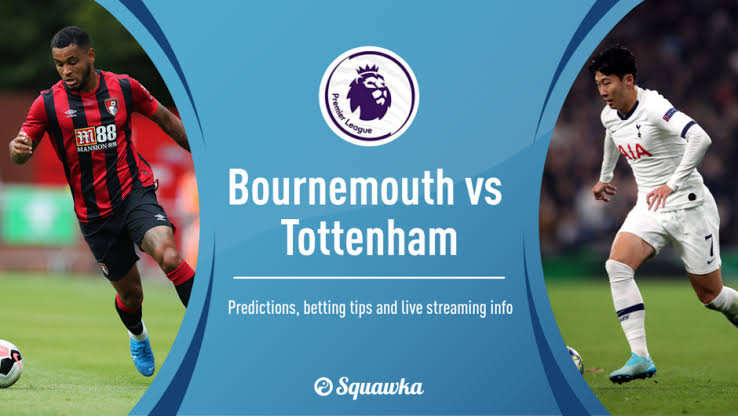 Spurs have won seven and lost just one of their previous nine Premier League meetings with Bournemouth, but they were beaten on their last visit here and have been in dreadful form away from home for a long time now.

That said, Bournemouth are in even worse form in general and it is difficult to see where the next point will come from for the Cherries, yet alone the next win. We are backing Tottenham to edge this one by a single goal.

Relegation-threatened Bournemouth welcome Tottenham Hotspur to the Vitality Stadium on Thursday night knowing that time is running out for them to turn their dreadful form around.

Eddie Howe’s side remain only one point from safety, but have lost each of their last five league games heading into this contest against a Spurs side chasing European qualification next season.

Quite how Bournemouth still need just one more positive result to climb out of the relegation zone is baffling, with the only saving grace from their torrid run of form being that the teams around them in the table have barely fared any better.

Howe will know that his side cannot afford to keep relying on Watford and Aston Villa to also drop points, though, and even if they do then Bournemouth still need to find a way to stop their own rot if they are to survive.

The Cherries have lost 17 of their last 22 league games, including each of the last five and all four since returning from lockdown by an aggregate score of 12-3.

Nine of those goals conceded have come in their last two games, and while both sides could have scored more in the 5-2 defeat to Manchester United last time out, the most disappointing result was the 4-1 reverse at the hands of Newcastle United in their last home match.

Bournemouth have now conceded more home goals in the Premier League than any other team since winning promotion in 2015, and another defeat on Thursday would condemn them to six losses on the bounce for the first time ever as a top-flight team.

Their hopes of remaining a top-flight team beyond the end of this season look increasingly bleak, not only due to what has happened in the recent past but also due to what is coming up in the near future.

Bournemouth’s next three games come against Spurs, Leicester City and Manchester City, while they will go into their final two games against Southampton and Everton as underdogs too.

Shocks will be needed between now and the end of the season if they are to survive, then, and Thursday’s match might actually be the best chance for them to pick one up considering Tottenham’s away form.

Spurs have won just three Premier League matches on the road since January 2019 – an 18-month and 22-match streak which includes 13 defeats, including one on their last visit to Dean Court.

More recently they fell to a 3-1 defeat at Sheffield United in their only away game since lockdown so far, although they responded to that with an immediate return to winning ways on Monday.

Even then, Jose Mourinho’s side needed an own goal to edge past Everton at home for only their second victory in their last 10 games across all competitions and Mourinho’s 200th win in the Premier League.

Mourinho will likely be demanding a few more in their final five games of the season, although even that may not be enough to close the seven-point gap which currently separates them from fifth place, which as things stand would be the final Champions League qualifying spot.

A more realistic goal may be beating Arsenal to a Europa League spot, and just one point separates the two local rivals in the table heading into their final matches before this weekend’s North London derby.

Spurs will once again be without Dele Alli, who missed the win over Everton with a hamstring injury.

Mourinho insists that the issue is not a serious one, but he is unwilling to take any risks over the midfielder given that it is a muscle injury and the North London derby is on the horizon at the weekend.

Tottenham cannot really afford to be cautious with any of their other star names, though, which means that Harry Kane is likely to lead the line again as he bids to extend his record of seven goals and seven wins from as many games against the Cherries.

Hugo Lloris and Son Heung-min clashed at half time of the win over Everton but had made up by the time they re-emerged from the tunnel, and both are expected to start again here.

Eric Dier has been hit with a four-match ban which will keep him out until the final day of the season after confronting a fan in the stands after the FA Cup defeat to Norwich City in March, while Juan Foyth and Japhet Tanganga remain sidelined for the visitors, although the latter is nearing a return to training.

Bournemouth have seen their injury list grow again since lockdown, with Charlie Daniels, Simon Francis and Jack Stacey all ruled out for Thursday’s match to leave Howe short at the back.

Chris Mepham is also likely to miss out due to a knee injury, but Steve Cook and Andrew Surman could be in contention while Philip Billing is expected to return to the starting XI.

Callum Wilson is also back available after suspension.