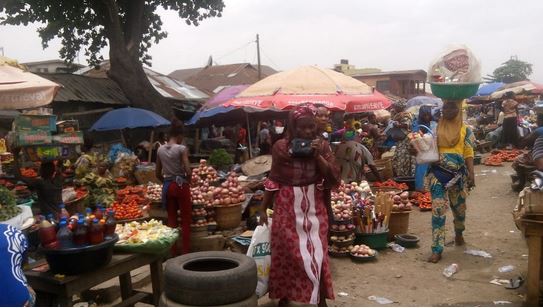 Daily Post reports that the Imo State Governor, Senator Hope Uzodinma, has instructed that all commercial markets in the state be reopened and traders allowed to sell their wares with effect from Wednesday, 8, 2020.

The traders are expected to operate three times in a week while abiding by all the subsisting COVID-19 measures.

A Daily Post correspondent who spoke with the Special Adviser to the deputy Governor on Media and Publicity, Ozioma Teddy Ukwuoma, said the Governor has done so to enable the traders in the state sell their wares.

Similarly, he reminded the traders that the opening of markets was limited to three days a week.

In a press release signed by the state Commissioner for Commerce and Industry, Kingsley Ononuju, it said that Mondays, Wednesdays and Fridays have been set aside for traders to operate.

The release further said that all the existing measures against COVID-19 are still in place as the Governor has done so to alleviate the burdens of the traders who have been made to stay indoors since three months due to the coronavirus pandemic.

It, however, warned that any trader violating safety measures earlier put in place by the government will be arrested and prosecuted by the mobile court.

In an interview with a trader (name withheld) at Amakohia modern market, Owerri, she said that Imo government was playing to the gallery, insisting that whether lockdown or not, the traders have been going about their businesses.

She described the announcement made by the government as dead on arrival because, according to her, Imo people cannot be obstructed from doing their business.