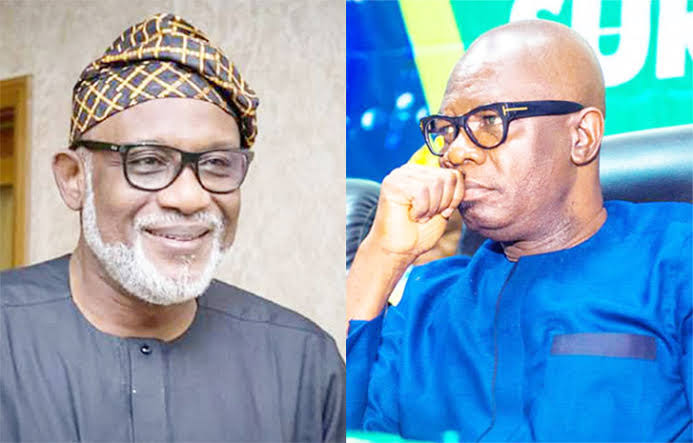 Tension in Ondo over plot to impeach estranged deputy governor

There is palpable tension in Ondo state following an impeachment notice which was served to the deputy governor of the state, Agboola Ajayi on Tuesday by the state House of Assembly.

Earlier today, a number of policemen had taken over the road and entrance to the Assembly, ostensibly to provide security cover for the lawmakers over the proceeding.

Recall that Ajayi had recently dumped the ruling All Progressives congress (APC) for the Opposition Peoples Democratic Party (PDP) over irreconcilable political differences with the governor, Rotimi Akeredolu.

The lawmakers, it was gathered based their action on alleged gross misconduct by Ajayi, and 14 of the 26 members of the assembly signed the notice, while nine declined to append their signature.

Ajayi, apparently sensing the next move by the lawmakers might be his impeachment, had run to an Abuja High Court and prayed it to stop the impeachment proceeding and enforced his fundamental right of association.

There have been calls on him to also resign his position as the deputy governor of the state having left the party under which platform he got to that position.

Ondo State Assembly, had soon after resuming plenary from COVID-19 lockdown on June 6, placed an advertorial calling on members to resume sitting.