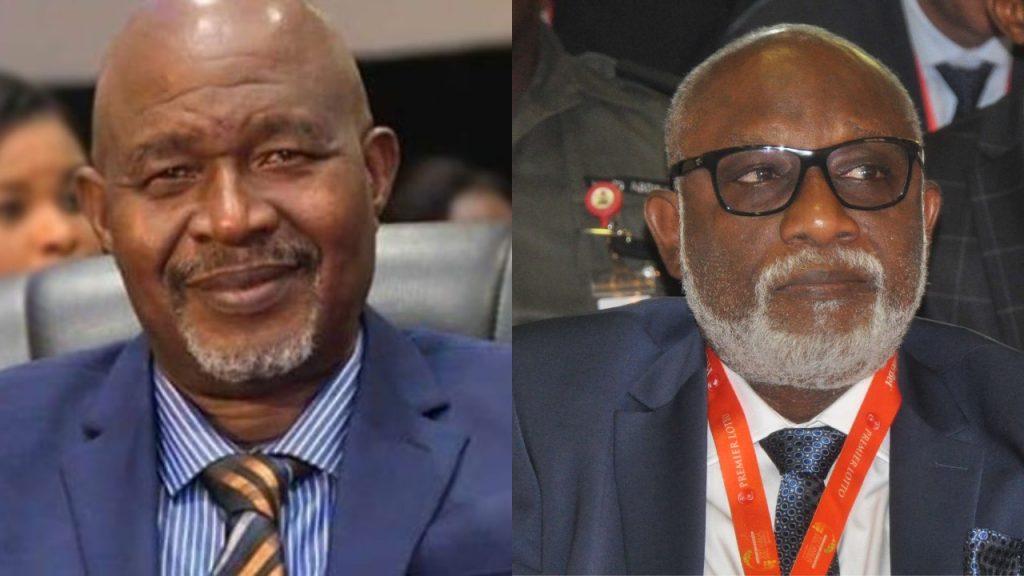 The former Secretary to Ondo State Government (SSG), Ifedayo Abegunde has alleged that Governor Rotimi Akeredolu didn’t win the 2016 governorship election in the state as declared.

Abegunde made this revelation on Monday after he resigned his appointment from as the SSG following a cold war between him and Governor Akeredolu.

Speaking about his resignation during a radio programme on Crest 87.7 Fm, the former SSG said some “moneybags” in the All Progressives Congress (APC) including himself rigged Akeredolu into power in 2016 by manipulating the election result in his favour.

According to him, Akeredolu lost the 2016 governorship election to the then Peoples Democratic Party (PDP) candidate, Eyitayo Jegede.

“It was through the powers from me and other APC pillars that made INEC declare Akeredolu as governor after he had lost the election.

“So, Akeredolu didn’t win the Ondo governorship election in 2016 but we made it possible for him to become governor.

“We were the pillars behind him and we will not support him again. He will lose this time around,” he said.

Speaking on why he resigned his position, the former Ondo SSG said he decided to quit the administration due to the way Akeredolu was running the government.

Abegunde further alleged that only the immediate family of the governor, as well as his in-laws from Imo State, are enjoying governance in the state.

“Akeredolu has reduced the government to the property of his wife, son and in-laws and all government contracts goes to these same set of people from Imo State,” he said.

Abegunde further said he was unable to cater for the needs of those who joined him to support the government because funds were not allocated to his office.

He denied that the sum of N5m was being allocated to his office on monthly basis and accused the governor of telling lies. He said:

“I was suffering in his (Akeredolu) administration because he didn’t release any funds for my office. He has been telling lies that he was giving me N5 million every month even when he knew he didn’t give me such money.

“Where on earth did the governor give me such funds or let him come forward with the evidence.

“Recently, I reported him to Governor Fayemi of Ekiti State and he promised to invite both of us to Abuja for settlement.

“I remember that I told Fayemi that I was going to spit on the face of Akeredolu if he repeated the lies that he was giving me N5m monthly. And I will then return to Akure to resign and as well inform the public of his looting spree.”

While stressing that he had worked with three different governors in the state, Abegunde described the government of Akeredolu as the worst in the history of the state.

KanyiDaily had also reported that Governor Akeredolu is currently at war with his deputy, Agboola Ajayi, who has now resigned his APC membership and joined the PDP.