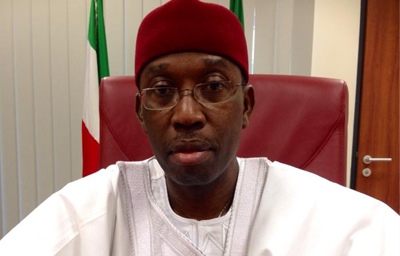 Displaced traders in Asaba, others in Delta state on Sunday called on the state government to make provision for them where  they eke out living for  themselves as tough times at present facing them with no place for selling their goods

But the traders through their Spokesperson, Mrs Edith Iyade complained bitterly that the displacement had affected their income as their only option of Survival was to hawk and sell along the roads to earn their living, and called for proper provision for the people because people Survive daily on coming out to sell

The traders also complained that it was a big challege to them because it was their major source income, adding that some hawk to support their families and stopping them might likely push majority of them into crime and other illegal activities, if proper provision was not taken, and aknowledged that DSCTDA was doing a good work because its activities hadmade Asaba in particular look attractive but demanded alternative should be made for them

The traders said” we sell fruits, others, it’s not good to displace people without giving them alternative places because most people earn a living from it and those people who only feed from hawking and now that they have been stopped, it will bring increase in crime rate in the state, it is affecting our daily sales as we cannot openly display our fruits for people to see and buy”

In a swift reaction, Mrs Joan Mrakpor, Director General, DSCTDA, said that the traders were displaced for violating the state law on environment and cleaniness, stressing that the state government would not provide any alternative for them rather they should move into the market for their businesses

Meanwhile, the Nigerian Union of Petroleum and Natural Gas workers ( NUPENG) has threatened to down tools over the poor state of roads in the country

The Union President, William Akporegha who spoke to Journalists in Asaba on Sunday said that the owners of Petroleum products experience difficulties moving their products across the country due to the deplorable state of roads, adding”we wish to urgently draw the attention of the Federal Government to the harrowing experiences of the owners of Petroleum trucks in the country, the only means of moving petroleum products across the Country is by roads , using the trucks and we can confidently tell you that this means of distribution is at present endangered and require urgent Federal Government stimulus intervention fund to prevent it from total collapsing”