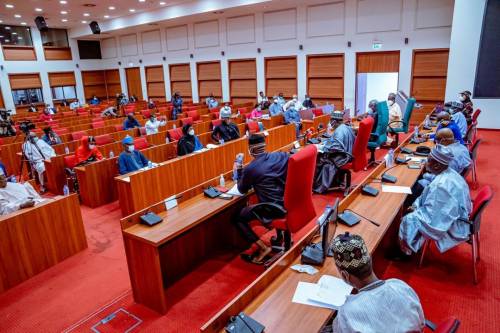 The Minister of Humanitarian Affairs and Disaster Management, Sadiya Umar Farouq, finally fulfilled her commitment to convert the N-Power scheme to political patronage.

Contrary to the failed attempt by the Nigerian Senate’s spokesperson to defend the allocation of N-Power slots to the parliamentarians and other politicians, SaharaReporters can authoritatively confirm the breakdown of allocation of slots to the National Assembly.

In the sharing formular, each member of the leadership of the Assembly is allocated 500 slots; each senator got 200 slots and each House of Representatives member was given 150 slots.

Farouq converted the successful youth empowerment programme to a bazaar and political patronage.
Other ministers have also been allocated 100 slots each by Farouq and forms are freely distributed in government offices in Abuja to aides and others.

This confirms the earlier report of SaharaReporters and samples of customised forms published by this platform, which attracted ignoble lies and vein defence of the Senate.