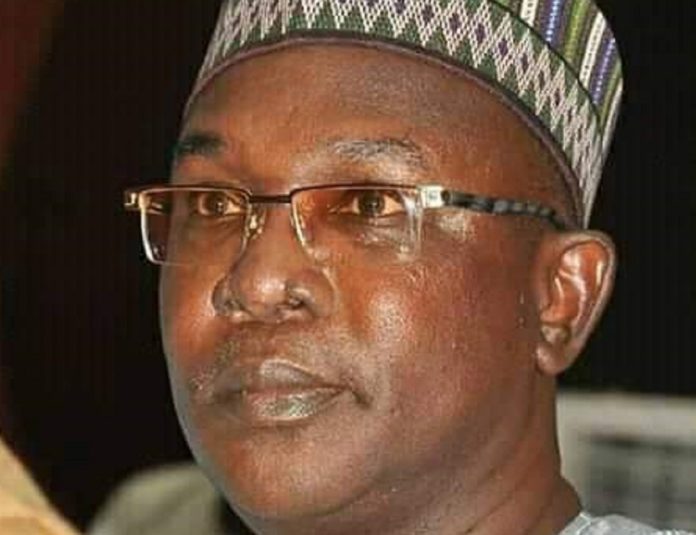 *When someone you love becomes a memory, the memory becomes a treasure” —Unknown author.

In the faithful morning hours of Saturday June 20, 2020 around 10am, I saw two missed calls. The first one was from Hon. Engr Jinjiri Dutse who was a former colleague, commissioner during Sule Lamido ‘s administration and a very close associate of Prof. Haruna Wakili and the other one was  that of Sgt Alhaji Modu Musa, orderly to Dr. Sule Lamido.

Before I returned their calls back, a very close friend of mine from Kano, Abdullahi Ahmad Adamu (Wakili) who is a relative to Prof and he was named after the prof’s father, said to me, Assalamu alaikum. Honourable, Sannu! I replied him, Sannu as how? Are you not aware of what happened? What happened Abdullahi? He continues, your man and your mentor is no more! I was fearful but blank to tell him, Wakili I can’t understand what you are saying? With terribly and calmly voice he whispered to me Prof Haruna Wakili is dead!

I said INNA LILLAHI WA INNA ILAIHI RAJI’UN (We are from God and to him we shall all return) as this horrible news broke to me, my heart stroke, my body shivered and tears run down my cheek. I couldn’t make a single step or utter a single word then kept saying ‘Inna lillahi wa inna ilaihi raji’un until my wife came to my aid and kept consoling me. It is indeed a great loss perhaps irreplaceable.

Professor Wakili became a commissioner for Education, Science and Technology and Member, Jigawa State Executive Council from 2010-2015. From 2015-2018 was the Director, Aminu Kano Centre for Democratic Research and Training,

Before his death he was the Deputy Vice Chancellor Adm Bayero University Kano (B.U.K)

Professor Haruna received many Awards such as

As part of his life experiences, Prof Wakili visited many countries either on academic, official, personal or religious basis and partly the late one was on medical. He visited the Kingdom of Saudi Arabia, USA , United Kingdom, Ghana, Senegal, Egypt, Singapore, Malaysia and India etc

Prof Wakili was an author, co-author, editor on published reviews, technical reports, vocational publications and he attended many conferences, made plenty presentations, and was  a member of many professional bodies and associations. He took part in many services from administrations and university services to community services.

The history, achievements and legacies of Dr. Sule Lamido, the former Jigawa state governor cannot be complete with his educational transformation agenda in Jigawa state in as much as educational sector in the state is concern during the administration of Lamido without recognising, appreciating and extolling the role the late Prof played, it will just be like tea without sugar.

Prof. Haruna’s commitment as a commissioner for education in Jigawa state during Sule Lamido’s tenure can’t be measured.

Lamido is a visionary that was why he gave educational sector a special attention.

You know, when ever Nigerians gather to discuss the state of education in the country, we all seem to reach a consensus rather hurriedly, that our educational system has deteriorated for long, but in Jigawa, during Sule Lamido’s administration the case is different.

In his efforts to see Jigawa as part of globalized era and Jigawa must drive by knowledge. That was why Lamido gave education priority and also allocated a lot of amount in his budget every year to education.

New Schools including nomadic were built; some were renovated, staffed and were well equipped with functional libraries and laboratories. Classrooms have modern instructional technologies. You will find out computers were connected to the internet, projectors, auto-video and conferencing equipment were all available.

Teachers cannot perform miracles without necessary teaching and learning tools, that was why, they were provided frequently and distributed everywhere in the state.

The welfare of staff is one area that Lamido will or must be commended. Salaries and other entitlement were paid promptly. Scholarship were awarded. Training and re-training of staff were all in place regularly all in order to improve and keep the staff up to date.

I extol Lamido for sending many Jigawa indigenes to study abroad in different areas of specializations in order to take Jigawa to a greater height.

Also one of the major factors that made Lamido to achieve all these was the passion of Prof. on education, his state, his people, the future of the growing generation, his positive and fruitful ideas, good working relationship with Lamido, honesty, accountability, transparency, obedience, loyalty, passion, hard work and commitment of Prof. Wakili to his Boss, Lamido.

Prof, your legacies and your character of patience, endurance, honesty,  simplicity, diligence, hard work and commitment etc will remain in our memory and will be a stepping stone for the young generation to emulate. Word cannot be enough to appreciate and eulogise you, Our prayer for you is may God Almighty forgive your shortcomings and grant you eternal rest.