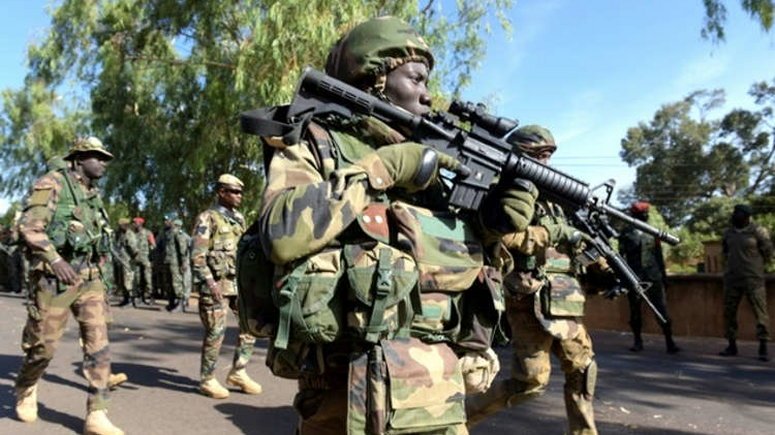 The Defence Headquarters says Troops of the Air Task Force (ATF) of Operation LAFIYA DOLE have successfully destroyed Boko Haram Terrorists’ meeting venue at Mainyakare on the fringes of the Sambisa Forest in Borno State was destroyed.

Major General John Enenche, the Coordinator, Defence Media Operations, in a statement on Friday, also disclosed that several Boko Haram fighters were neutralized in the airstrike.

According to Enenche, the operation was executed on Thursday, following a series of Intelligence, Surveillance, and Reconnaissance (ISR) missions.

“The Air Task Force (ATF) of Operation LAFIYA DOLE has obliterated a Boko Haram Terrorists’ (BHTs’) meeting venue, along with other structures, and neutralized several of their fighters at Mainyakare in Sambisa Forest in Borno State.

“The air interdiction mission was executed on July 2, 2020, to mark the launch of subsidiary Operation LONG REACH II, after a series of Intelligence, Surveillance and Reconnaissance (ISR) missions which established that a prominent building in the middle of the settlement was being used as a meeting venue, where the terrorists plan and launch attacks as well as house some of their fighters.”

Watch the Video below:

The ATF of Operation Lafiya Dole dispatched a force package of NAF fighter jets to attack a meeting venue of BHT at Mainyakare in Sambisa Forest. The jets recorded a precision bomb strike on the designated target having several BHT fighters neutralized. Watch video pic.twitter.com/CtAqWvcXBd