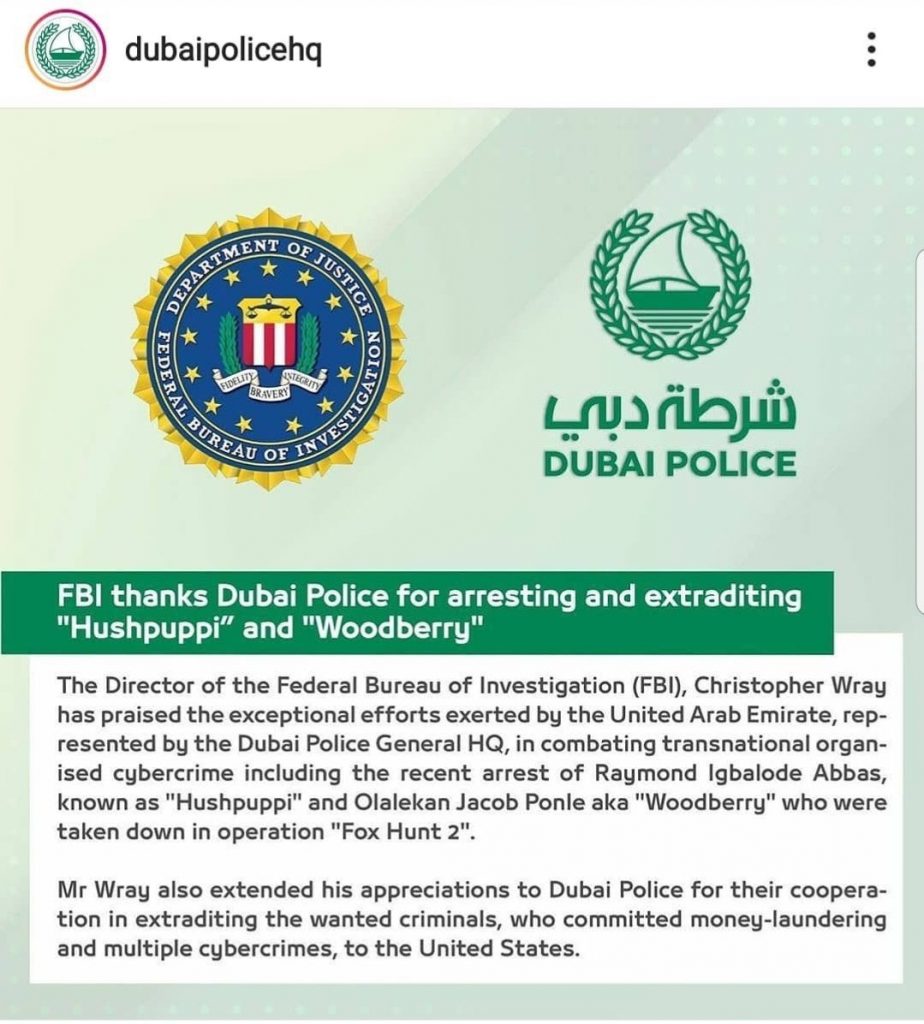 US Takes Custody Of Hushpuppi, Woodbery

Instagram celebrity Ramon Igbalode Abbas popularly known as Hushpuppi alongside Jacon Ponle known as  Woodberry are now in the custody of the Federal Bureau of Investigations, FBI in the United States.

The duo had earlier been arrested by the Dubai Police for various crimes such as money-laundering, fraud, hacking of websites and accounts, impersonation, banking fraud among others.

Director of FBI, Christopher Wray commended the role of Dubai Police in arresting Hushpuppi and Woodbery, and handing them over to the US, while also appreciating their coperation in extraditing them for the crime committed against the US.

Hushpuppi is known for posting pictures on Instagram displaying his luxurious lifestyle by showing off  his luxury cars and private jet, choice designer wears and exquisite home all worth millions of dollars

Hushpuppi and Woodbery were last month arrested  with 10 other suspects on allegations of fraud, involving huge money in an operation code named “Fox Hunt 2”.