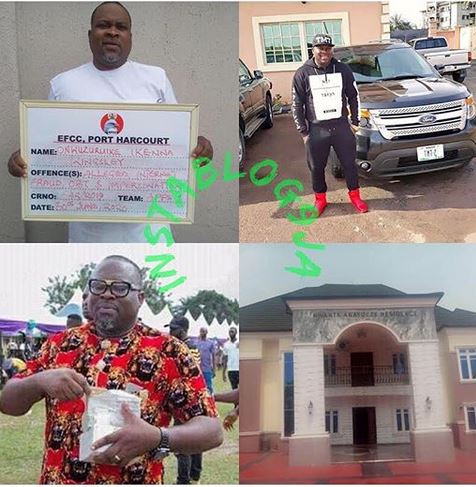 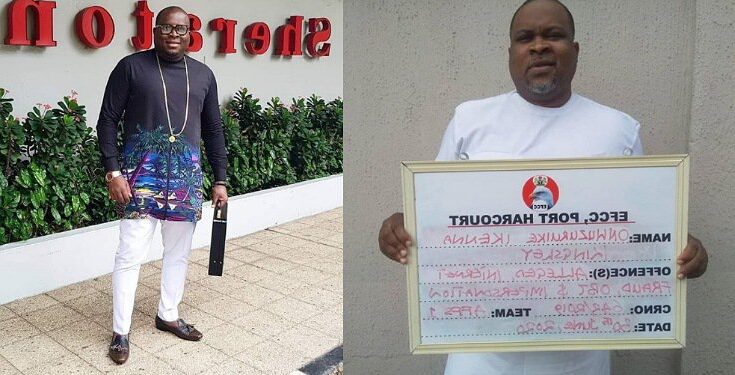 He was arraigned before Justice A.T. Mohammed of the Federal High Court sitting in Port Harcourt, Rivers State, on an eight count charge bordering on conspiracy, impersonation, forgery, possession of proceeds and obtaining money by false pretence to the tune of $8,502,000.00.

The offence contravenes Section 1 (1) (a) of the Advance Fee Fraud and Other Fraud Related Offences Act, 2006 and punishable under Section 1 (3) of the same Act.

Ikenna’s specialty is Business Email Compromise (BEC) and identity fraud. His victims allegedly include a major United States bank. Properties linked to the suspects include a mansion, a petrol station and 9 units of three bedroom apartments, all in Umuahia, Abia State and a palatial bungalow in his village.