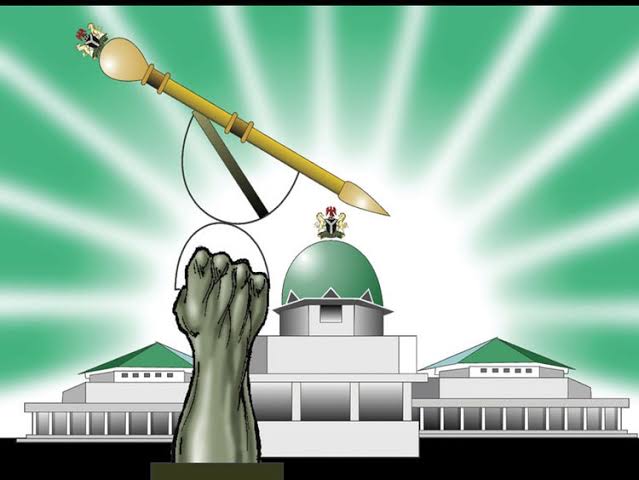 The National Assembly (NASS) has suspended the Federal Government’s planned recruitment of Nigerians for 774,000 jobs under the Special Public Works programme.

The lawmakers took the decision following the disagreement between them and the Minister of State for Employment, Labour and Productivity, Mr Festus Keyamo, on Tuesday.

KanyiDaily had reported that there was an argument between Keyamo and some federal lawmakers over issues linked with the creation of 774,000 jobs under the National Directorate of Employment (NDE).

Keyamo said that the lawmakers were trying to hijack the process of recruitment by blackmailing and pressurising him to enable them determine those to be allotted the 774,000 jobs approved by President Muhammadu Buhari.

In a joint statement released on Wednesday by spokespersons for the Senate, Dr Ajibola Basiru, and his counterpart for the House of Representatives, Benjamin Kalu, the lawmakers announced the suspension of the recruitment.

The lawmakers said that it was within their constitutional right as representatives of the people to know the process of public workers engagement by the government, adding that President Buhari could challenge their decision in court.

“Implementation of the 774,000 public works to be put on hold until implementation modalities explained to NASS,” the statement reads.

“The National Assembly is concerned about the proper and effective implementation of the engagement of 774,000 public works workers and wishes to restate its commitment to its success.

“Accordingly, the National Assembly reminds members of the public that the legislature was part of the conception of the programme, approved it and appropriated funds for its implementation as part of the COVID 19 response strategy.

“The National Assembly, in line with its constitutional oversight function, has mandated its committees on labour and productivity to immediately invite the Hon. Minister for Labour and Productivity and any other relevant officials of the ministry to appear before the joint committee to brief it on the modality for the implementation of the engagement of 774,000 persons for public works.

“In accordance with the constitutional imperative of oversight, the Legislature being important stakeholders in the democratic process, and elected representatives of the people, needed to be appraised of modalities for implementation for effective feedback to our constituents and in ensuring that our constituents optimally participate in and benefit from the process.

“In view of the foregoing, the implementation of the programme shall be on hold pending proper briefing of the National Assembly by the Minister of Labour and Productivity.

“The National Assembly will ensure transparency of the process just as done with the National Social Register by the Ministry of Humanitarian Affairs, Disaster Management and Social Development.”

Basiru said the National Assembly had the powers to suspend the recruitment exercise, adding that Buhari could go to court to challenge the decision of the NASS to halt the exercise, if he was not satisfied.

“If the President sees that his powers are being encroached on, he can approach the court of law. What we are saying is this, this project, the way you are looking at it, is as if it is an exclusively presidential project.

“The conception of the programme, its approval and its funding are with the consideration of the National Assembly because we believe it is going to be beneficial for the purpose of addressing the challenges of COVID-19,” he said.

Meanwhile, the Federal Government had on Tuesday announced committees nationwide to commence the implementation and recruitment of the 774,000 jobs.