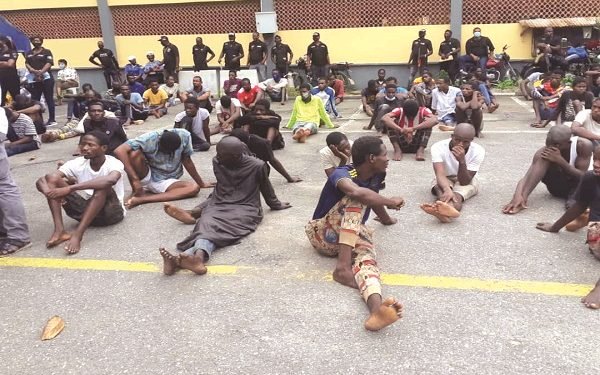 The crime suspects paraded by police in Lagos –> 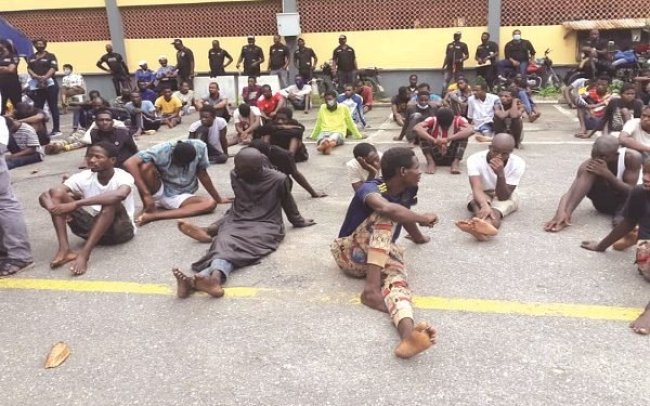 The crime suspects paraded by police in Lagos

Police in Lagos on Wednesday announced the arrest of about 400 crime suspects, among whom were 97 robbers, kidnappers, rapists and murderers.

Lagos State Commissioner of Police Hakeem Odumosu, who paraded the suspects on Wednesday said the arrests were made in one month.

The suspected fraudsters, according to the police, were arrested with fetish boxes and operational vehicles.

Police recovered six stolen vehicles, 19 assorted firearms with a cache of ammunition, cutlasses, axes, and other dangerous weapons, including fetish objects from the suspects.

Odumosu gave the statistics at the command headquarters in Ikeja while parading some of the suspects arrested within the period.

The CP disclosed that a suspected armed robber was killed by operatives, 28 armed robbery attempts were foiled, six suicide cases recorded and four people stopped from killing themselves.

He said operatives intercepted N150 million worth illicit substance including 328 bags of dry leaves suspected to be Marijuana.