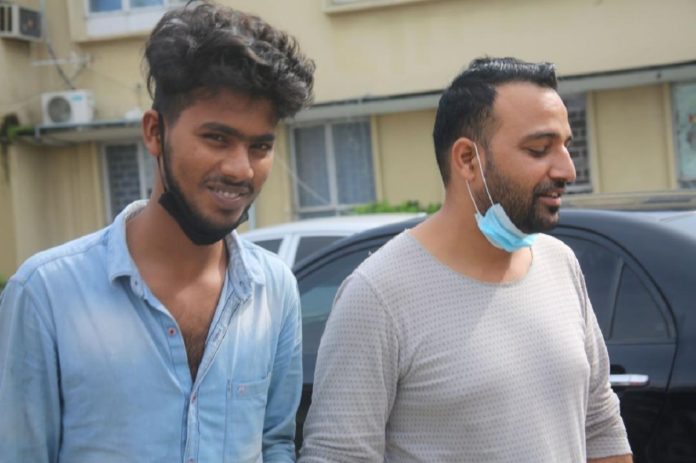 Sharma, 31, and Singh, 20, were arraigned separately after they were arrested by officers of the Nigerian Navy Ship, NNS Nguru,  aboard a vessel, MV Bount, containing 45.9metric tonnes of AGO on January 31, 2020.

The defendants were subsequently handed over to the EFCC for further investigation and prosecution.

One of the counts read: “M.V. Bount and Sahil Sharma, on the 31st day of January 2020, within the jurisdiction of this honourable court, conspired among yourselves to commit an offence to wit: dealing in 45 metric tons of petroleum products without appropriate licence and you thereby committed an offence contrary to Section 3(6) of the Miscellaneous Offences Act Cap M17, Laws of the Federation of Nigeria 2004, and punishable under Section 1(17) of the same Act.”

Another count read: “M.V. Bount and Pranjal Singh, on the 31st day of January 2020, within the jurisdiction of this honourable court, without appropriate license attempted to export 45 metric tons of petroleum products and thereby committed an offence contrary to Section 1(19) and punishable under Section 1 (17) of the Miscellaneous Offences Act, Cap M17, Laws of the Federation if Nigeria, 2004.”
The defendants pleaded not guilty to the charges preferred against them.

In view of their pleas, prosecution counsel, Abbas Muhammed, prayed the court for a trial date to enable the prosecution prove its case against them.

Defence counsel, Nelson Otaji, however, told the court that bail applications for the defendants had been filed and were before the  court and further pleaded that the  defendants  be remanded in the custody of the EFCC pending the hearing of their bail applications.

In his response,  Muhammed told the court that he just got the applications for bail and would, therefore, need time to file counter-affidavits.

Muhammed further told the court that the defendants would be tested for COVID-19  as part of the requirements for them to be taken into the custody of the Nigerian Correctional Service, NCS.

After listening to both parties, Justice Aikawa adjourned until October 15, 2020 for trial and also fixed July 2, 2020  for hearing of the bail applications, while granting the application for them to be remanded in the EFCC custody in the interim.