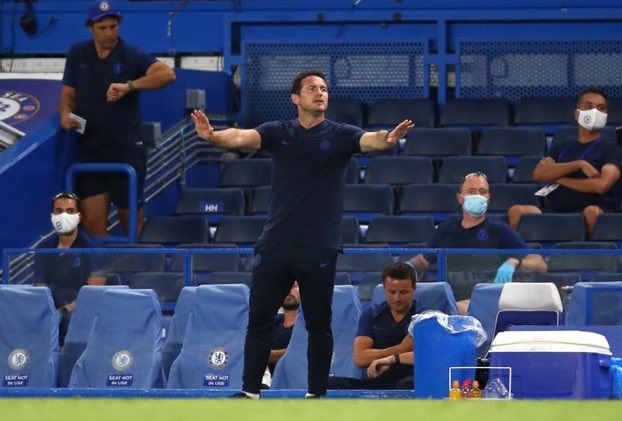 Lampard: Top-Four Race Is Not Over

Frank Lampard has told his Chelsea players they still face a tough fight for a top-four Premier League finish.

The Blues edged out Manchester City 2-1 on Thursday night with Christian Pulisic and Willian finding the net.

Despite the Blues’ cushion to United and fifth-placed Wolves, manager Lampard insisted his side cannot expect to coast to Champions League qualification.

“It’s a big three points for us but we’re in a battle here,” Lampard said.

“It’s not going to be decided by that game. It’s a nice result that will give us confidence but the consistency that we produce to the end of the season is what will define us this year if we are to get the finish we want to have.

“I’m not getting carried away. We can get better. We can be better on the ball.

“We can have more possession. It’s one of the only games in which we didn’t have the lion’s share of possession but we have to accept that tonight and be happy with the result.

“We had to work a lot off the ball, as you do with Pep Guardiola teams and Manchester City. The way the lads showed the work ethic and focus throughout the game, how dangerous we were; we had the better chances in the game.