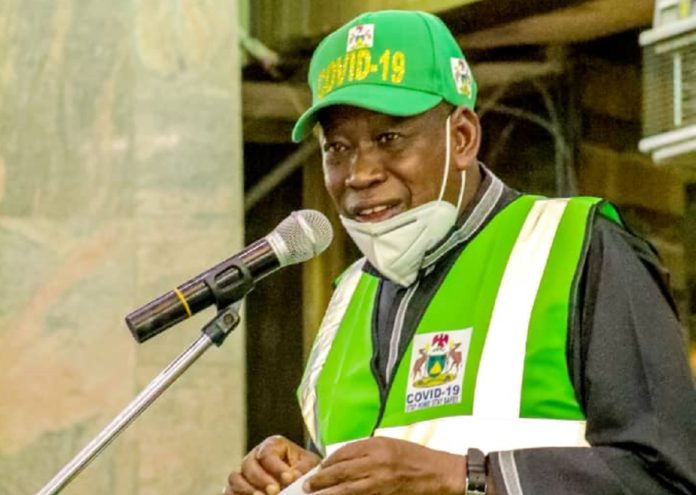 I read with aversion a sickening and dainty piece, published on an online platform, titled: ‘‘Kano: As Governor Ganduje keeps misplacing priorities, which was authored by Hon. Umar Haruna Ado Doguwa, the sacked chairman of the All Progressive Congress (APC) in Kano state and one of the “errands boys”  in the deflated Kwankwassiyya Political Movement. Tt appears, the man, who now finds love in writing, is apparently frustrated and desperate in his attempt to draw attention to his boss for recognition and appointment as chairman of the People’s Democratic Party (PDP).  By using online platforms to spread unsubstantiated stuff regarding the administration of Governor Abdullahi Umar Ganduje, the embattled former chairman is also believed to be reaching out to local government areas to establish a base support to actualize his ambition.

The above piece is the writer’s second, having resolved initially not to revere the first with a response which is titled: ‘’Kano: Our so many regrets.’’ However, I decided to pick some of the key issues he raised in both write-ups in consideration of the fact that firstly, the article was written out of mere sentiments and ill-feelings against the Governor Ganguje. Secondly, the piece, if nothing, portrays clearly the ignorance of the writer on the inner workings of government and particularly, for his choice of topic and contents of the article, which portrayed the charming of an unapprised and off-color adorned politician, in a failed mission to confusing the public. Also as the saying goes thus: a (true) “story that must be told never forgive silence”.

In response to the questioned Hon. Doguwa raised on Kano state government’s approach to containing the COVID, I believed the stark ignorance of the writer or his deliberate twist of facts on the topic can easily be deduced. If he cares to find out, Kano has the most effective COVID-19 outbreak response mechanism.  The Ganduje administration has demonstrated the political will in the fight against the pandemic as attested to by the Dr. Nasir Sani Gwarzo-led Ministerial Taskforce Team on COVID-19 in Kano, when they openly scored Kano high in the fight against the Pandemic. Also, the Director-General of the National Centre for Disease Control (NCDC), at different fora, has commended the Kano Taskforce on COVID-19 pandemic and other response teams fighting the dreaded pandemic in our dear state.

In fact, Kano is the second state to Lagos in the federation to establish five fully functioning Isolation Centres as well as Community Sample Collection Centres, piloted in 10 high risk settlement across two local governments of Gwale and Kano Municipal in the metropolitan area. This effort enabled the collection of 2, 604 sample in just four days. Plans are underway to commence additional sampling collection centres in Kumbotso, Nasarawa and Gwarzo. Kano is also one of the few state with highest capacity to collect and test samples. And based on the community testing results, the community transmission is on a downward spiral.

This in addition to other measures that translate to setting up of a State Fund Raising Committee for Palliatives which ensured the distribution of palliatives to the first and second phase of cumulative 100,000 households of poorest of the poor across the 44 Local Government Areas of the state.

The Ganduje administration is also adopting an open and transparent approach to tackling the pandemic as it gives frequent updates on the situation. It is also the only state in the federation including Lagos that gave media access to its isolation centres where the leading television channels in the country to include the Nigerian Television Authority (NTA), TVC and Channels Television visited and conducted interviews with some of the patients.

Therefore, when Hon. Doguwa said that Governor Ganduje convened a town hall meeting with relevant APC Local Government Stakeholders, “specifically reviewing why he lost re-election in 2019 in the state” (which is not true),  I realized that Hon. Doguwa and his likes have lost their sense of judgement in terms of clarity of purpose in the business of governance. Hon. Doguwa’s antics is, however, not surprising considering the scandals that surrounded his era as APC chairman in Kano state, and as Commissioner for Higher Education.

Ganduje remains the elected governor of Kano state and no way anyone can change that not until his tenure expires in 2023. After all, he is not contesting the governorship election anymore. During this pandemic, measures are being taken to control its spread. That was why civil servants are at home except those on essential services, schools are closed, until recently, markets are closed (but now open on specific days), places of worship are also open on limited days and therefore, the Government House will not be an exception. Visits are strictly by invitation and observance of social distancing, use of face mask and hand washing.

And when Hon Doguwa talked about the legacies bequeathed by the former governor, Senator Rabiu Musa Kwankwaso, one can easily understand them. They include a liability of N300 billion, use of pensioners fund to undertake a misplaced project that is taking its toll on pensioners, abandoned projects that were initiated at the tail end of the administration in 2015 and left mostly at less than 30 per cent completion stage but imminent personalities invited to commission them. All these with the intention to make it impossible for Ganduje to effectively govern the state. However, by the grace of God, coupled with his vast experience as an administrator, support and goodwill from the people of Kano state, here we are.

Some elements of the previous government have even made it open their decision to make Kano state “ungovernable” for Governor Ganduje, who, however, continued to demonstrate maturity, investing his quality time in ensuring that Kano and the good people of Kano state continue to enjoy democratic dividends. Apart from initiating new projects.

Taking stock of such legacies of abandoned projects, most of them are now completed and have been put to use for the benefit of the people, which is paining the former governor and his ‘boys.’ Not only that, Ganduje’s revolution on infrastructure which is one of the issues used by the former government to deceive the people is making Kano a Mega city, becoming the third most develop state after Lagos and the Federal Capital Territory, Abuja.

In almost all key development sectors neglected by the Kwankwaso administration now been branded by his people such Hon Doguwa as legacies have been touched by Ganduje. The health sector, agricultural development, water supply, housing projects, economic and commercial development, civil service reform bastardised by the previous administration as well as the education sector. In Kano today, a policy has been entrenched to give Free Basic and Secondary Education.

And of particular interest of the legacies left by the Kankwaso administration in education sector is the phony scholarship scheme of the administration. Hon. Doguwa, who was one time commissioner for higher education in that government and ought to have told us the legacies there. Available facts indicated how Kwankwaso and his co-travelers allegedly used the foreign scholarship scheme to swindle the good people of Kano and Kano state government.

Apart from leaving behind a debt of over N4 billion on the foreign scholarship scheme, recent discoveries have also shown how millions of dollars were purportedly laundered into private accounts, using the scholarship scheme as a conduit pipe. In one of the universities abroad, a whopping sum of $1 million was allegedly paid as tuition fees and allowances without sending students to study there. The money was meant to be diverted! The Ganduje’s administration is painfully sustaining that programme, simply because of its policy of continuity.

We all have the right to criticize or express our personal opinion but with facts because while we jealously guard the reputation of our own, we should avoid subjective criticism to attack other leaders. And I believe the Ganduje administration is welcoming fair and constructive criticism that will help in shaping and making Kano great. 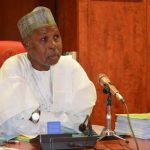