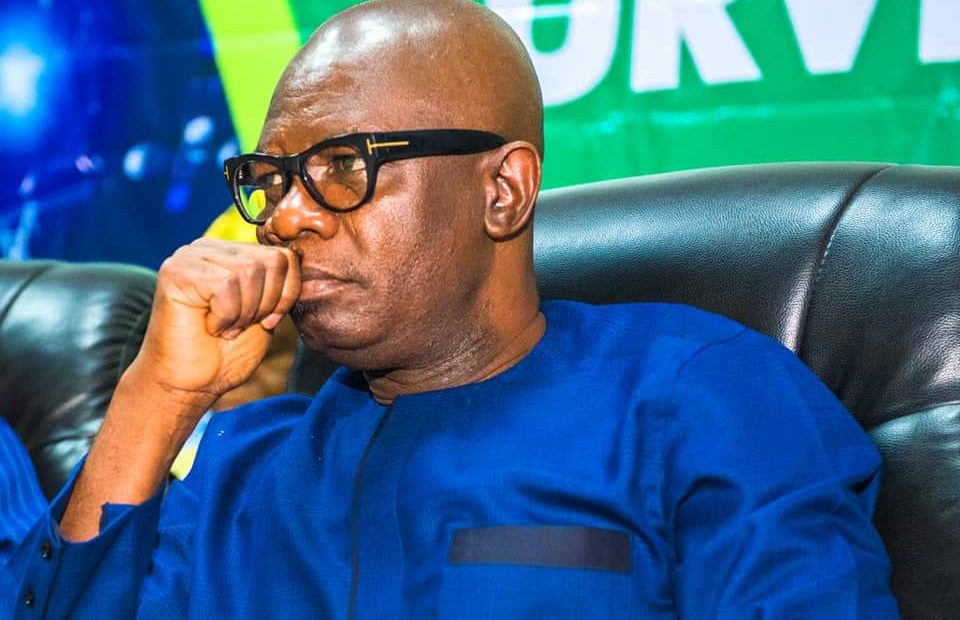 Akeredolu’s Deputy Blows Hot, Insists He Will Not Resign After Defecting To PDP

The Ondo State deputy governor, Mr Agboola Ajayi on Sunday insisted that he will not resign from his position as deputy governor after dumping the ruling All Progressives Congress.

This came some hours after the deputy governor was restrained from going out of the government house in Alagbaka, Akure, the state capital, by the state Police Commissioner, Mr Bolaji Salami, and his team.

Tendering his resignation letter at the APC secretariat in Apoi Ward 2, Ese Odo Local Government Area, Ajayi said everybody knew why he left the APC.

He said, “The reason I am taking this action is known to all of you. I listen to the advice from all supporters across the state.  The Ese Odo Local Government will continue to witness peace and progress.”