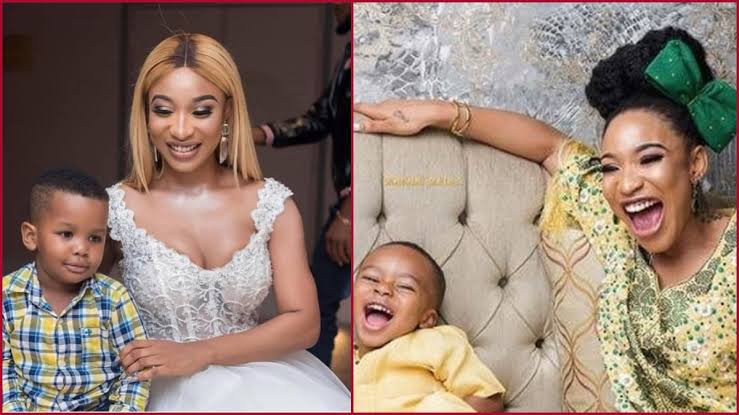 Controversial Nollywood actress, Tonto Dikeh has taken to her social media page to celebrate herself on father’s day.

The 35-year-old mother of one who was formerly married to Mr Olakunle Churchill due to physical abuse had divorced him in 2017 after two years of marriage.

Following their separation, Tonto Dikeh was granted custody of their son, King Andre, and she declared herself the father and mother of the boy.

Celebrating the Father’s Day celebration on her Instagram page, the actress praised herself for being the best father to her son. She wrote:

“Happy Fathers Day TO ME BECAUSE I’VE DONE IT ALL BY MYSELF AND ACED IT ANYWAYS.. Actions prove who someone is.. Words just prove who they want to be…????????????? DEAREST SON @kingandre_dikeh, BEING YOUR DAD HAS BEEN A GREAT HONOR..”

In June 2017, Tonto attended a Fathers’ Day celebration at Andre’s school dressed as a man, complete with a fake beard.

Tonto was granted custody of her son after the end of her marriage to Churchill.