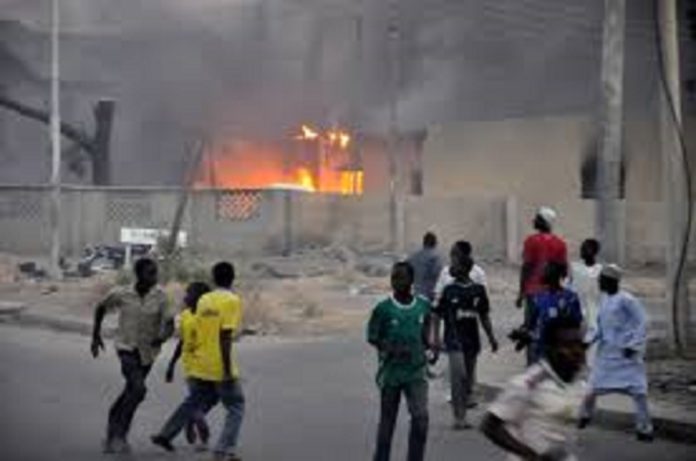 An Islamic organisation, Islahiddini Foundation of Nigeria, on Sunday appealed to Kebbi State and Bunza Local Governments to urgently intervene in the lingering crisis over the selection of Chief Imam of Salwai village, to avert crisis.

He said it had been the tradition of the village over the years that when an Imam was chosen from Hausa extraction his deputy must be from Fulani extraction.

“During the reign of late Village Head of Salwai, Abdullahi Amiru Salwai, the father of present Village Head, he ensured that the two tribes of Hausa and Fulani were all carried along in the leadership of the mosque.

“When an Imam happened to be a Hausa, his deputy must be a Fulani and in the event the Imam dies, the deputy Imam will automatically becomes the Chief Imam while another deputy will be sourced from the other tribe.

“However, the present Village Head, Alhaji Mande Amiru Salwai refused to follow the footsteps of his father, instead he decided to impose a Chief Imam contrary to the interest of majority,” he said.

He said following the lingering crisis, members of Islahiddini pooled out and built another mosque for five daily prayers after following due process.

Liman-Shagari added that it was the same mosque they converted to Juma’at mosque.

“However, to our greatest dismay last week, our members in person of Malam Aliyu Ma’anko and three others were arrested from Salwai village by the police.

“They were detained at the state CID office for four days and were asked to stop praying in the mosque they built after following due process,” the national chairman said.

He alleged a connivance between the Local Government, the District Head and the police right from the beginning of the crisis where his members were being harassed, intimidated, apprehended and arrested.

Also speaking, the Chairman of the group in Kebbi State, Malam Muhammadu Akila revealed that three of their members were arrested, detained and later charged to court.

“We are appealing to Kebbi State and Bunza Local Governments to intervene by calling the aggrieved parties to a negotiation table so that the case can be resolved amicably.

“We are a peace loving and law abiding organisation, we don’t want crisis, we want peace to reign,” he stressed.

The State Chairman explained that the case had been lingering for close to four years now.

“We want Kebbi State and Bunza Local Government to intervene by organising an all inclusive round table meeting to effectively address the problem.

“The security agencies deprived us of our right to prayers especially Juma’at prayer, but I believe with dialogue all disagreement will be addressed,” he noted.

When contacted, the Council Chairman, Bunza Local Government, Alhaji Bello Mamuda said the council was aware of the crisis and measures were being taken to effectively tackle the matter.

Mamuda, who spoke through the Council Secretary, Alhaji Garba Ibrahim-Gazai, said: “This is a case under traditional institution and as a council, we set-up a committee and all the parties involved were invited.

“Even before then, we have a Local Government Standing Committee on religion who were also involved in providing lasting solution to the lingering disagreement.

“The committee sat twice with these people, as I am talking to you, the last time this committee sat was on June 9, they deliberated on the matter and came up with something tangible.

“The outcome of this sitting will now be formally forwarded to Gwandu Emirate for implementation, as I have already explained it is a clear case of traditional institution,” he said.

On allegation of connivance with security agencies to harass, intimidate and arrest the organisation’s members, the chairman said they were not aware of that.

On his part, the Spokesman of Kebbi State Police Command, DSP Nafi’u Abubakar told the News Agency of Nigeria (NAN) to give him time to find out details of the matter.

However, up to the time of filing this report, the police image maker, has not responded to several phone calls as well as text message sent to him on his findings.