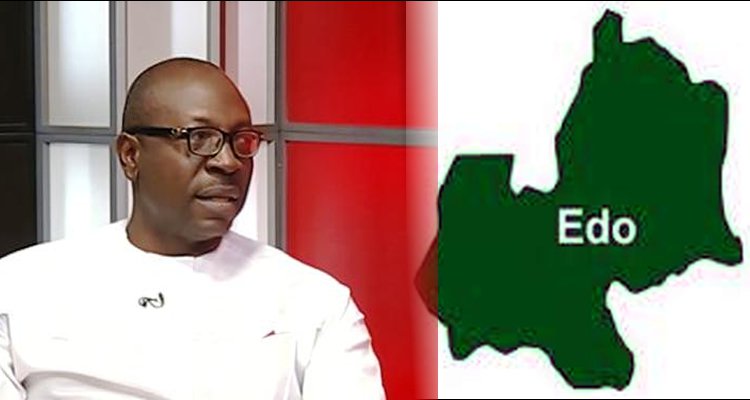 Why Pastor Ize-Iyamu thanks aspirant Obazee for stepping down

The leading aspirant of the All Progressives Congress in Edo State, Pastor Osagie Ize-Iyamu has thanked another aspirant Hon. Osaro Obazee for bowing out of the governorship race and declaring support for his emergence as the primary election draws near.

Hon. Osaro Obazee was one of the three aspirants cleared by the APC Screening Committee to participate in the party’s primary scheduled for Monday, June 22. However, he announced today his decision to step down for the race and endorsement of the candidacy of Pastor Osagie Ize-Iyamu.

He pledged his support, alongside that of his followers, to the former Secretary to the State Government who is widely predicted to emerge as the APC’s flagbearer.

In reaction, Pastor Osagie Ize-Iyamu, speaking through a statement signed by Prince John Mayaki, the Director of Communication and Media of his Campaign Organization, expressed gratitude to Hon. Osaro Obazee and described his support as another “important boost” for his aspiration days before the primary election.

He said: “Hon. Osaro Obazee is a fine politician whose entrance into the race no doubt injected more life and excitement. He campaigned from his heart and took his message to members and followers of our party across the state. I am grateful to him for his endorsement and very confident that it will provide an important boost to our bid as we approach the primary election of our great party.”

Pastor Osagie Ize-Iyamu also received the endorsement of all serving members of the House of Representatives representing all constituencies in Edo State on the platform of the All Progressives Congress earlier this week.