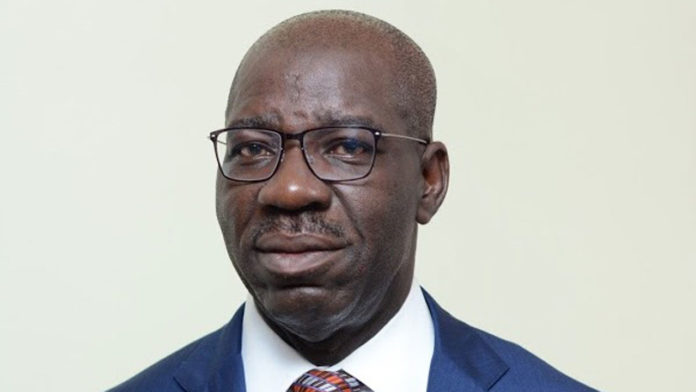 Information reaching 247ureports.com indicates the political musical chairs in Edo state political scene may have just begun. This is as the Governor of Edo State, Obaseki dumped the All Progressive Congress [APC] shortly after his disqualification from participating in the gubernatorial elections as a candidate of the APC was announced by the national chairman of the party, Adamu Oshiomole.

With the announcement of Obaseki’s withdrawal of his membership of the party, sources within the PDP revealed to our correspondent that Obaseki has concluded on talks with the Peoples Democratic Party [PDP] concerning defecting into the party.

According to the information received, the PDP is cautious over the impending announcement of Obaseki’s entrance into the party. This is as to not alienate the original members of the PDP in Edo State – who may have expressed interest in vying for the gubernatorial exercise. “We don’t want to lose them”.

The PDP however have impressed on the Governor to reach out to all the PDP members who may have expressed interest in contesting. “Refund the monies they paid to collect forms”. The Governor was also told to carry all original party members along.

“We will give him automatic ticket but…” stated the source as he explained that the party has indicated interest in giving the Governor an automatic ticket. But the party we not make it seem so publicly. “He will go to the field and contest but he will take it”.

Philip Shuiabu, the current deputy governor of Edo State – according to our source – is the bone of contention. Some of the stakeholders within the party has demanded for the Governor to drop his deputy as condition to giving him the party’s ticket. They point to the supposed close ties between Shuiabu and Oshiomole. The both hail from the same community.

But the Governor is not willing to drop his deputy.