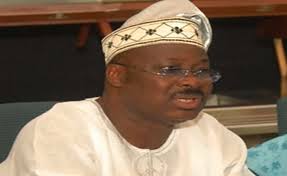 Covid: Ajimobi boycotts isolation to treat infection as it worsens

The immediate past governor of Oyo, Abiola Ajimobi, is battling to save his life at the Anamiola First Cardiologist and Cardiovascular Consultants Hospital, Lagos.

That is the same facility where the late CoS Abba Kyari and some earlier VIPs that got infected were admitted.

The former governor might have infected people since two weeks ago he caught the virus..

Ajimobi, who is the Deputy National Chairman (South) of the All Progressives Congress, has been hospitalised since June 2, 2020.

He was said to have been confirmed positive earlier and was managing the situation at home before the illness worsened and he had to go to a hospital.

The complication which warranted the former governor’s seeking help at high brow hospital causes a lot of worries as it came about the same time a the death of a federal lawmaker representing Lagos–Bayo Oshinowo..