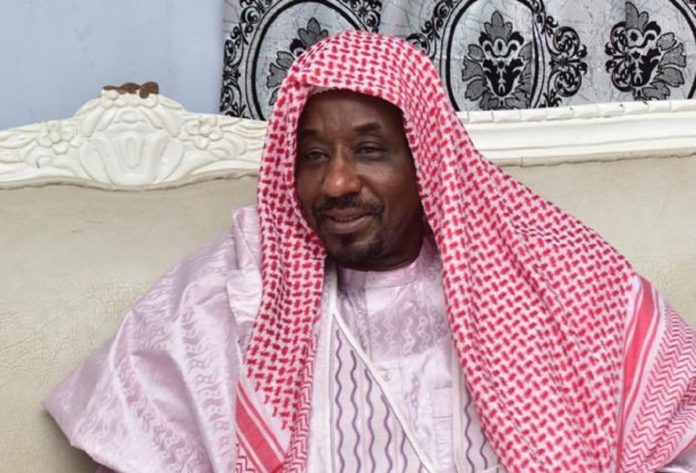 Kano state Governor, Dr.Abdullahi Umar Ganduje on Monday, declared that he has no regret to have engaged in the reforms of Kano Traditional system which eventually led to the deposition of the former Governor of Central Bank (CBN), Muhammad Sanusi 11 as the Emir of Kano.

Ganduje who spoke during a Media Forum to mark Democracy Day, described the creation of four additional Emirates in the state as one of his major achievements which has directly impacted on the lives of the people and development of the state.

He  insisted that  the reformation of Kano Traditional System which gave birth to the creation of the four new Emirate Councils, was done in good faith to ensure development in the state and participation of traditional rulers in governnace.

According to him, Sanusi  lost his position as the Emir of Kano because he refused to be part of the reforms in the traditional system, which was conceived for the best interest of Kano and the people of the state.

“The former Emir of Kano who refused to be part of the reforms has to find his way out so that the reforms can be completed and the new Emirates have come to stay,” Ganduje added.

He also agreed that some legal issues instituted by deposed Emir Sanusi and some Kano Elders loyal to him actually slowed down the speed at which the traditional reforms would have been concluded.

But Ganduje added that, “today, there is no legal issues before the Court of Law as regards to the reforms of the traditional system.”

Ganduje insisted that, “we created four additional Emirates because we intended to decentralize development. We intended to create more cities outside the major metropolitan cities of Kano. All these we can not do by chance.

“We also created these new Emirates because we want to increase participation of traditional rulers in governance.”

Commenting on the alleged N2.2 billion land scam involving the deposed Emir Sanusi, Ganduje said since the Court has cleared the way for his investigation, “the state anti-corruption agency will continue probing and investigating the former Emir according to the Law.”

Ganduje also stated that as a result of the effects of the COVID-19 Pandemic, his administration has decided to reduce the 2020 budget by 30 per cent, adding that there will be a show of determination to complete ongoing projects in the state.

On his recent call on the Federal Government to ban foreign hermdsmen from entering the country, Ganduje maintained that he stands by his words and hoped that the Nigeria Government will see reasons soon and do the needful.

Ganduje who briefly commented on the ongoing crisis within the All Progressive Congress (APC) in Edo state, expressed confidence that the national leadership of the party has the capacity to resolve the crisis, pointing out that there is no political party that is devoid of crisis.

Ganduje, however, described APC as a party that plays by the laid down rules, its manifesto and the constitution, expressing optimism that the crisis will soon be over.

He further reviewed the modest achievements of his administration in health, agriculture, education, infrastructural development, security and other sectors, promising to do even better with full cooperation of Kano electorate who he vowed to defend their mandate.