The financial figures for the Kaduna Refinery were recently revealed to Nigerians on social media. Despite spending 25 Billion Naira on Direct Costs and 64 Billion in total, NNPC’s numbers revealed zero revenue which has sparked an online outrage.

Kaduna Refinery made zero (0) revenue in 2018 FY but incured a total cost of N64 Billion.

Why are we wasting these funds? When you start buying diesel to power a refinery’s gen set, you know there’s big trouble. pic.twitter.com/PaVIe77F2q

” Actually not easy to spend N64 Billion and then produce nothing. When you think deeply about it, you’re left with no choice but to Stan” Feyi @DoubleEph said.

He added: ” even if you set out to not produce anything, most people will end up producing something by mistake. NNPC is underrated”.

Actually not easy to spend N64bn and then produce nothing. When you think deeply about it, you’re left with no choice but to stan forever https://t.co/q1lD830riB

” One thing I really hope will go away as Nigeria gets older is this thing where we cite crucial infrastructure in places that make no sense because of politics”. @DavidHundeyin said.

” When Lagos and Ibadan had no standard gauge rail link connecting them in 2006, there was no reason to build Nigeria’s first SGR linking two dead towns called Itakpe and Ajaokuta”. Talking about the location of the refinery in Kaduna which critics have said affected it’s ability to produce.

One thing I really hope will go away as Nigeria gets older is this thing where we site critical infrastructure in places that make no sense because of politics.

What was the business case for a refinery in Kaduna? I challenge anyone to explain why Lagos or Ogun wasn’t chosen. https://t.co/l5PVrrusWH

Others showed their disgust at what they see as corruption and waste of taxpayers funds in spending so much and not producing anything.

Quick glance at NNPC’s 2018 audited financials reveals some of the things we already know. The corporation has a low leverage. Refineries are useless and a big drain on resources. There is so much room for efficiency: NPDC’s gross margin was 25% against 50% for Seplat same year.

NNPC recently announced that they are planning on building a condescenate refinery with the capacity of 200,000 Barrels per day.

” We are taking steps to bring in a condescenate refinery which are just splitter parts, easy to fix and within a max of 3 years , you can have in one place”. Mele Kyari, GMD of NNPC said. 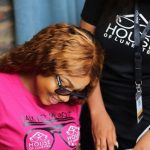 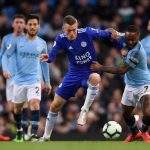