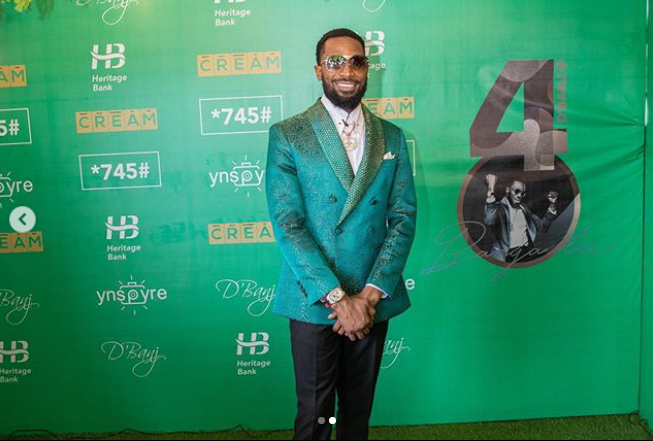 D’banj who is attributed to exporting and exposing the Afrobeat sound to a global audience also released a single release titled “Stress Free”.

Celebrating his 40th birthday on the 9th of June 2020, D’banj held a special YouTube concert for his teeming fans. The concert tagged D’banj #40 by 40 featured a throwback to his greatest tracks and guest appearances from Don Jazzy, BurnaBoy, Wande Coal, and host of others.

The Koko Master also announced his biggest endorsement deal as a public figure with Heritage Bank.

“HERITAGE BANK PARTNERSHIP ON MY BIRTHDAY. The biggest deal ever and the best birthday gift. Major shoutout to Heritage Bank Plc for this one. Osshey!! #40by40” he wrote on Instagram.

Acknowledged as Nigeria’s first United Nations Youth Ambassador for Peace, D’banj is a ONE campaign ambassador and the founder of Koko Foundation for Youth and Peace Development and has been applauded severally for raising awareness on critical issues in Africa with special focus on agriculture, poverty alleviation and gender equality.