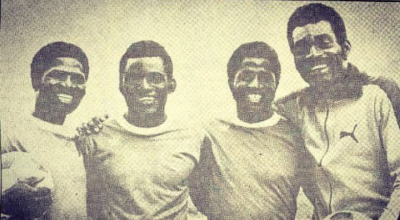 Odegbami: Celebrating Babuje – One Of The Greatest Goalkeepers In African Football History!

It gives me great pleasure to celebrate my friend and compatriot. Last Sunday, May 17, he turned 69. He told me on Tuesday how he spent the day very quietly at home with his family in Enugu. But then, we spoke some more.

We went back in time to the early days of our earliest encounter, our relationship, our shared experiences and where we are now.

We spoke about how the times have changed, from when he was the most famous footballer on the African continent to the present time, living quietly away from the klieg light in Enugu, watching with some pain how the foundations of a game laid with the sweat and blood of pioneer players and administrators, are being systematically eroded by interlopers and opportunists that have brought down and kept domestic Nigerian football on life-support. The times have truly changed, for worse.

The ‘problem’ with Babuje, for that’s what I call Emmanuel Okala, is that he takes everything in life very seriously. I recall our years in the national camp. He was the unofficial Camp Commandant who would always keep the rest of us along the straight and narrow path. He would quarrel, chastise and shout at any player that attempted to breach camp rules – sneaking out, drinking, smoking, inviting girls to the camp, etc. He hated the very thought of losing any match. So, no sacrifice was too much to make us to win a match.

It was that same spirit that drove Enugu Rangers International FC following its formation after the Civil War. I am not sure now who infected the other with the never-say-die spirit between Emmanuel Okala and the Club. To play against Rangers in those days was like going to war. The team played as if the world would end if they lost.

You could see that spirit in Okala’s eyes, in his words, in his mannerisms on and off the field, a single-mindedness about winning that also defined his life in the Green Eagles.

That’s why till this day he is still very angry about the results of two matches the great Rangers
International of Enugu lost very badly. We spoke about one of them again last Tuesday – the defeat of Enugu Rangers by a young Bendel Insurance team coached by Alabi Aissien in the 1978 FA Cup final. The other was their defeat around the same period by an Algerian Club in Algiers on a bitterly cold night when Rangers played on Astro-turf for the first time and without the right kind of shoes. In both matches, Rangers were humbled by three un-replied goals and Okala was in goal. Both defeats still hurt him till this day.

Every time he speaks about the Bendel Insurance match it is with deep pain. Although he has promised to reveal what really happened on the night one day soon, my reading of the match is that they disrespected Bendel Insurance FC and disregarded the warning sign issued by Bendel’s earlier defeat of Shooting Stars International of Ibadan, parading some of the great players in the national team at the time, in the semi-finals by two clear goals.

Rangers paid the price of that disrespect and got their own dose of the bitter pill in the finals. It was even worse. The invincible African goalkeeper and terror of every team in the continent, was made to pick the ball three times from his own net! Okala still hurts, and insists that there was a sinister plot behind that defeat and that one day he well tell it. We wait.

So, that’s about the part of Okala that hated to lose matches. There is another part that hated the idea of any so-called top striker scoring a goal against him.

One of his weapons was intimidation. Aside from his giant 6ft 6inches frame that he imposed on strikers, and the hard and menacing look he wore like a mask on his face before matches, sometimes he psychologically tormented opposing strikers. 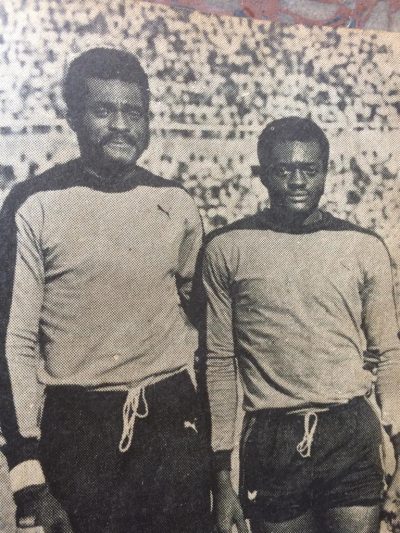 For example, as the two teams prepared to walk onto the field in the dugouts, and would share a few moments together with the referees, Okala would stare down hard at a particular player or two, and sometimes verbally warn him not to come near his goal area or face the consequences. Words to that effect delivered with the meanest of looks on his face would unnerve a ‘weak’ player.

Okala once struck my colleague Phillip Boamah, the great Shooting Stars and Green Eagles winger, on the head during match as a corner kick was about to be taken against Rangers. He mouthed and warned Phillip not to come near him or face the consequences. Phillip became scared and watched the ball fly past is head in fright, he later confessed to me.

Several months down the line again against Rangers in Kaduna, Phillip could not put the ball away when he came face to face with the ‘giant’ towards the end of the match. He panicked and literarily passed the ball to Okala. That was the best chance in the entire match and scoring that goal would have sent Rangers packing from the semi-finals of the African Club Championship and paved the way for Shooting Stars to get to the finals and possibly win the Africa Cup Winners Cup for the second time.

Emmanuel Okala was a ‘terror’ all over Africa. He joined the Green Eagles at 21-year old in 1972 and immediately started to set unprecedented records. His height and gangly frame soon packed muscle and power as he started to climb the ladder of fame.

His palm could easily wrap around a ball. His arms span could almost cover the width of the goal posts. His ‘gentle’ goal kicks travelled from one goal area to the other. That meant every time he kicked out the ball the opposing goal area became battle ground. So, playing against Rangers was playing against the ceaseless attacks launched from Okala’s left foot! No pullouts ever crossed his goal-mouth un-intercepted. All of these things were reality, not myths.

Okala was so good that in 1975, he became the first goalkeeper in the history of African football to be awarded African Footballer of the year by the African Sports Journalist Union, ASJU, that decided to create a more authentic continental award to replace the continental awards by France Football Magazine that had been independently handling it before then. He received his award at the ASJU congress in Lomé, Togo. Unfortunately, that was the last time ASJU gave out those awards. That’s why many people are not aware of that his recognition. But it is down in history. 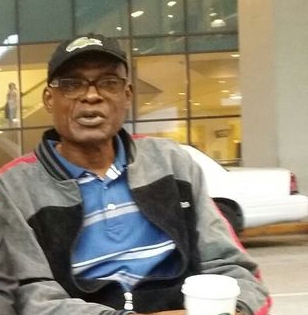 There is a third part yet to Okala and his football exploits. He hated to fetch the hall from inside his goal. It was always as if the world had ended.

So, he trained hard not to concede any goals even in training and had a particular method of ensuring his sharpness and never conceding cheap goals. He trained like crazy, always challenging the best strikers to duels.

His contest with Thompson Usiyen at training was legendary. They wagered on goals. Thompson was the cleverest goal scoring machine. He would render most goalkeepers useless with his uncanny ability to seize on the slimmest of chances and to bend the ball beyond a goalkeeper. So, Thompson and Okala had a regular, running battle, a contest of Okala’s will and determination against Usiyen’s wits and skills.

Thompson was so good he won quite a lot of those contests. That sharpened Okala’s reflexes. When Thompson left for the United States of America, I automatically became his next Guinea Pig. In my own case, I was not that prolific a goal scorer, so, there was little contest. I don’t recall ever scoring a goal in regulation time against him in any of the several matches we played against Rangers throughout our stay in the national team.

That’s Okala for you – a very serious football player that gave his all to winning.

He wanted me to maintain my goal scoring sharpness so that the national team would always win. So, we became friends and roommates in camp. He did that to keep watchful eyes on me and to keep me in check and away from the distractions of fame. He was the ultimate competitor and team player, always determined to win, always giving his all and his best, always.

He was first nicknamed Chairman by legendary radio commentator, late Ernest Okonkwo. When Christian Chukwu came onto the scene the same Ernest transferred the ‘Chairmanship’ to Christian and re-nicknamed Okala, Man Mountain. Ernest would occasionally also describe him as ‘Tallest’. But I call him Babuje. I don’t recall where that nickname came from, or what it even meant, but it just sounded right, and he loved it. I believe it has the imprint of late Aloysius Atuegbu.

Whatever anyone chooses to call this gentle giant of a goalkeeper, one thing is indisputable, Emmanuel Okala was a true giant and legend of African football.

I pray that the Creator of the Universe will continue to sustain him along the journey of his life until he gets to 70 next year, and then far, far, far beyond.

Congratulations and a happy Birthday, Babuje! 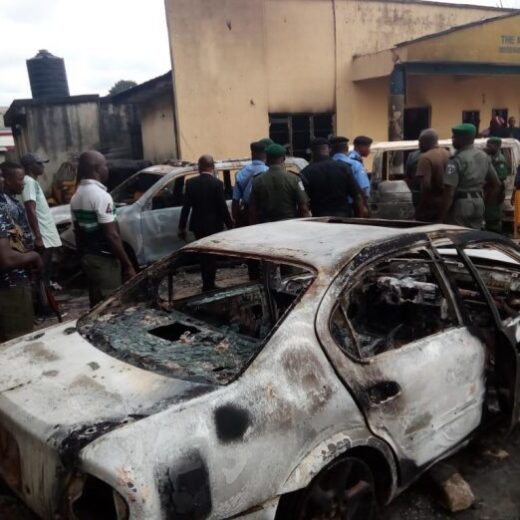 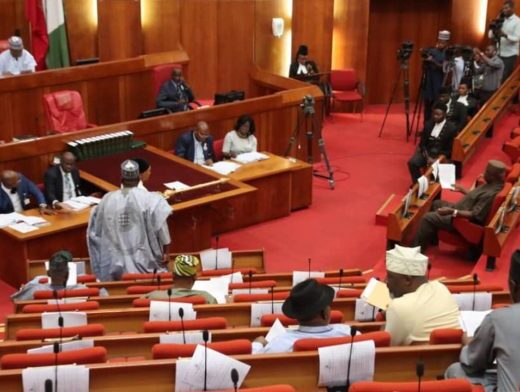 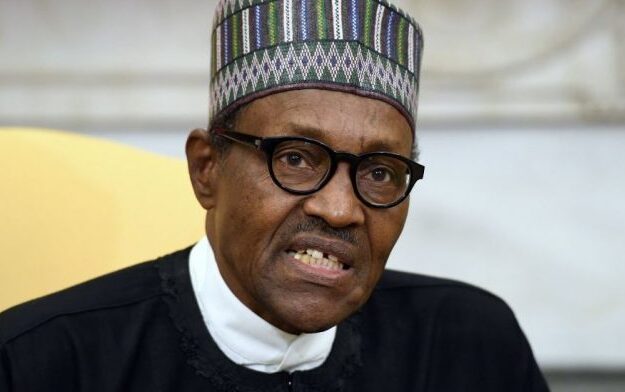 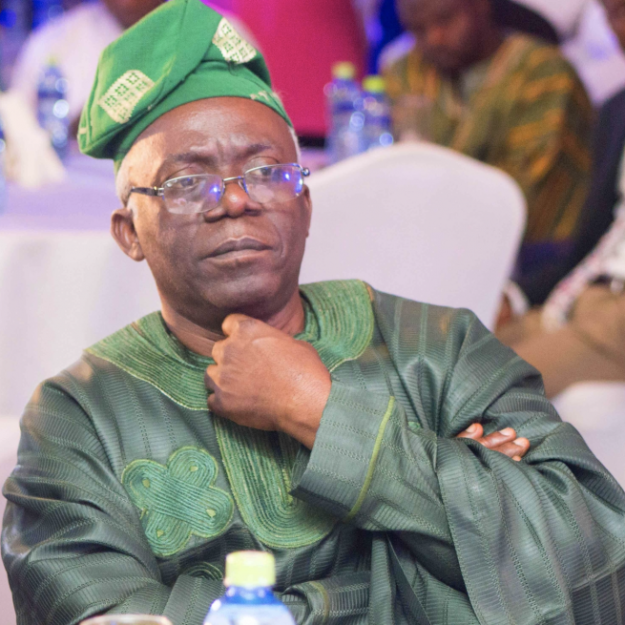 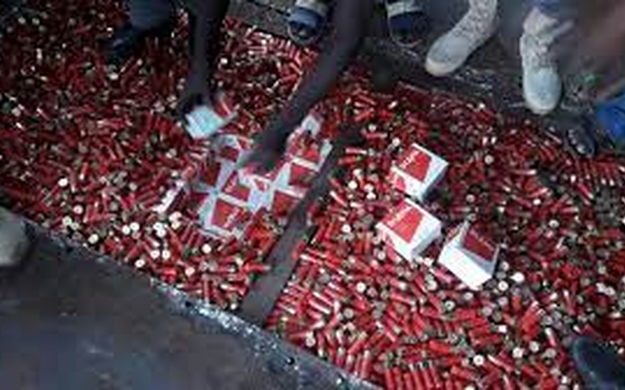