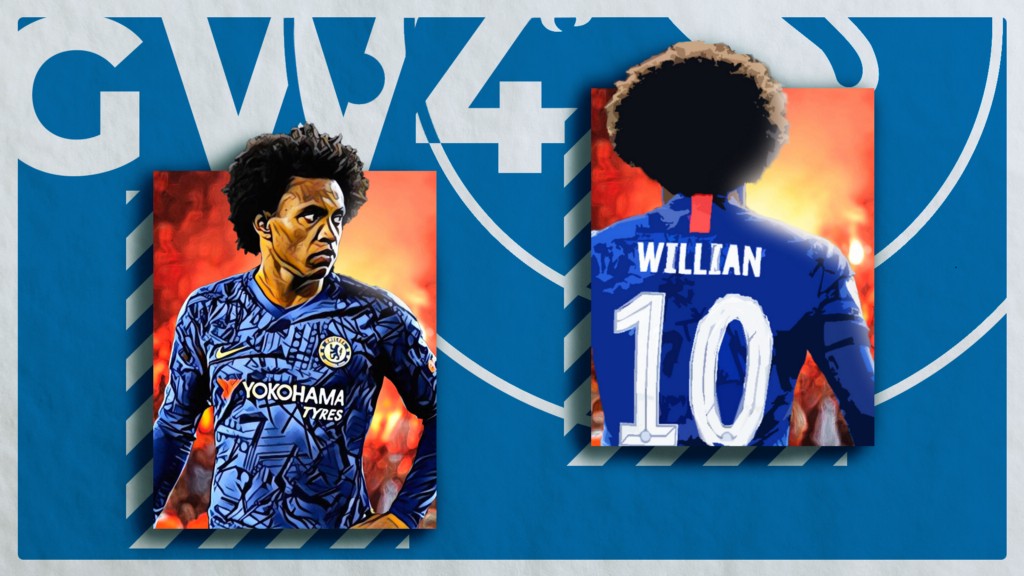 Willian has enjoyed a fantastic start to the season!

England Sim Fantasy Gameweek 4 has come to an end and, as always, we deliver you the final scores, every day!

This is where you‘ll find the results for each game, MVP and Dream Team of every round. Check also the main stats (goals, assists, bookings) and the final result of each match.

The highlight this round was Willian’s brace on an easy home win for Chelsea! Also, City destroyed Sheff United’s defense with another big win at home! Smashing!

Check out what happened in other pitches!

Willian is the MVP this Gameweek, with 13 points!
The brazilian international scored 2 goals for the Blues in another confortable win at Stamford Bridge! His performance on the pitch has been impressive to start the season!

This round, only 5 different clubs earn a spot in this team, due to big home wins for the big four. Manchester City and Liverpool dominated with 3 players each, Chelsea and Watford joined the party with 2 players and Crystal Palace completed the side.

Manchester City’s Agüero (10 points) is the lone striker, after a brace against Sheffield United.

In the middle of the park we have our MVP Willian (13 points), Deulofeu (11 points) opened the scoresheet for Watford against Bournemouth, all of David Silva (11 points), De Bruyne (11 points) and Salah (9 points) scored and had in City and Liverpool’s wins.

The backline is made out of two Liverpool players, van Dijk (11 points) and Alexander-Arnold (9 points), one scored, the other had an assist, against Leicester, Alonso (9 points) had one assist for Chelsea, and Joel Ward (6pts) helped Crystal Palace keep a cleanie. Foster (6 points) did the same for Watford, in the Hornets surprising away win at Bournemouth.

England Sim Fantasy: the Results of Gameweek 4 was originally published in The Call-Up on Medium, where people are continuing the conversation by highlighting and responding to this story.