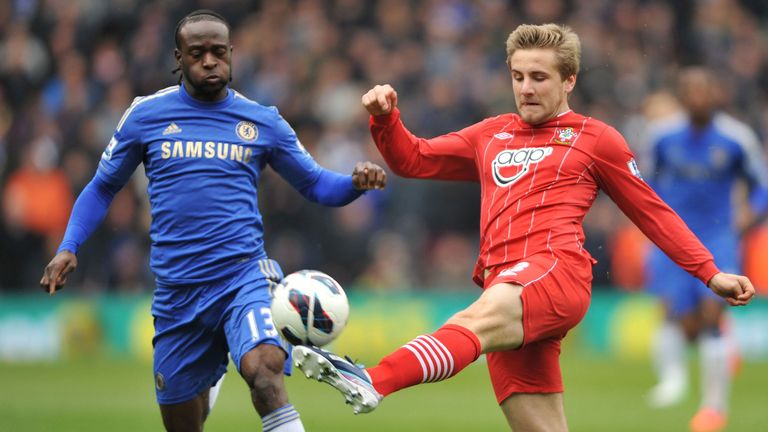 Man United Star, Shaw: Moses One Of My Toughest Opponents

Shaw, 24, has played against some of Europe’s best players which include Lionel Messi and Cristiano Ronaldo, since making his professional debut eight years ago.

But it is Moses who has made a lasting impression.

Moses who is currently on loan at Inter Milan, was one of Chelsea’s standout performers under Antonio Conte during their 2016/17 title-winning season.

“People always think I’m joking, but one of my hardest games ever was against Victor Moses when I was coming in as a 17-year-old at Southampton,” Shaw said on United’s official website .

“Maybe because I was so young. He was really quick, direct, strong and that was a challenge for me.

“I’ve played against the likes of Gareth Bale, Messi and [Eden] Hazard, and they were all so good, but I always remember Victor Moses as a really tough opponent as well.”

Shaw arrived at Old Trafford from Southampton in 2014 for a fee in excess of £30m and has made 132 appearances for the club.

Asked who has helped him develop as a player during his time at United, Shaw singled out current team-mate Paul Pogba and former United striker Zlatan Ibrahimovic.

“I think back to when Ibra was at the club, he would push everyone mentally and physically in training,” Shaw said.

“He made you stronger and I took a lot from him when he was at the club. The way he was, he could be very challenging, but he pushes everyone because he wants to win and he makes you mentally strong as well.

“Another one I’d say is Pogba. He’s always been good with me. He’s always telling me to believe in myself, telling me that he believes in me, so he’s one that I’d say always pushes me in training.

“He’s always said positive things to me that have driven me on, so I’d have to say Paul is a big influence.”