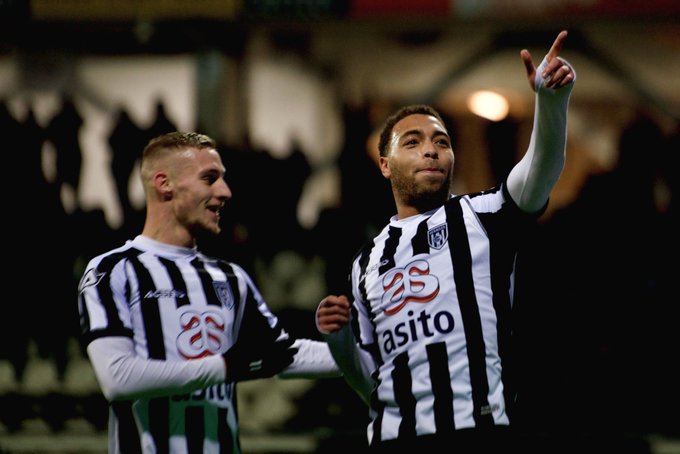 Troost-Ekong: How I Convince Dessers To Play For Nigeria

Dessers, 25, was born in Belgium to a Belgian father and a Nigerian mother.

The Dutch Eredivisie top scorer (15 goals) switched allegiance to Nigeria early this year and was included in the Eagles’ list for their 2021 AFCON qualifiers against Sierra Leone before the coronavirus outbreak.

Ekong who was speaking in a live Instagram session on Tuesday however revealed that Dessers contacted him for advise before, making his decision.

“I spoke with Cyriel Dessers before his call up. He asked me questions about being part of the team. We both speak Dutch. It was normal for us to talk, I said he should take the opportunity with both hands.

“I told him there is a tough competition in the striker role and that playing for the Super Eagles is the best decision I have ever made myself playing football.”

Troost-Ekong added: “I’m really happy he decided to play for Nigeria. He is really looking forward to it. It is great now that more and more young and talented players want to play for the Super Eagles as we are one of the biggest teams in Africa.”

Ekong was born in the Netherlands, to a Dutch mother and to Nigerian father.

He joined the youth Academy at Tottenham Hotspurs, but failed to make a single appearance at senior level for the club.

He has played in the Netherlands with Groningen, in Norway with Haugesund, featured for Bursaspor in the Turkish league.

He currently plays for Udinese in the Italian Serie A.