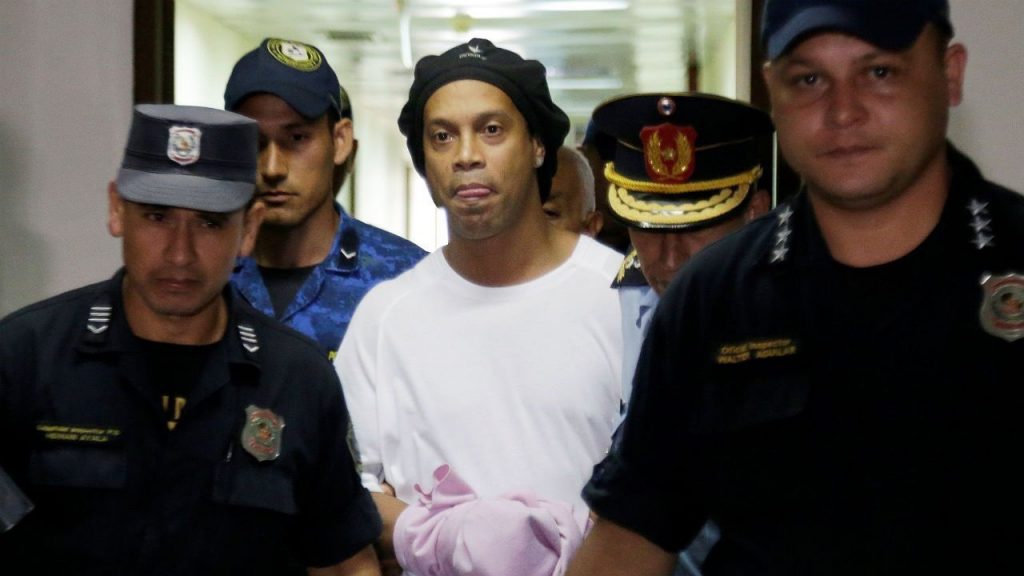 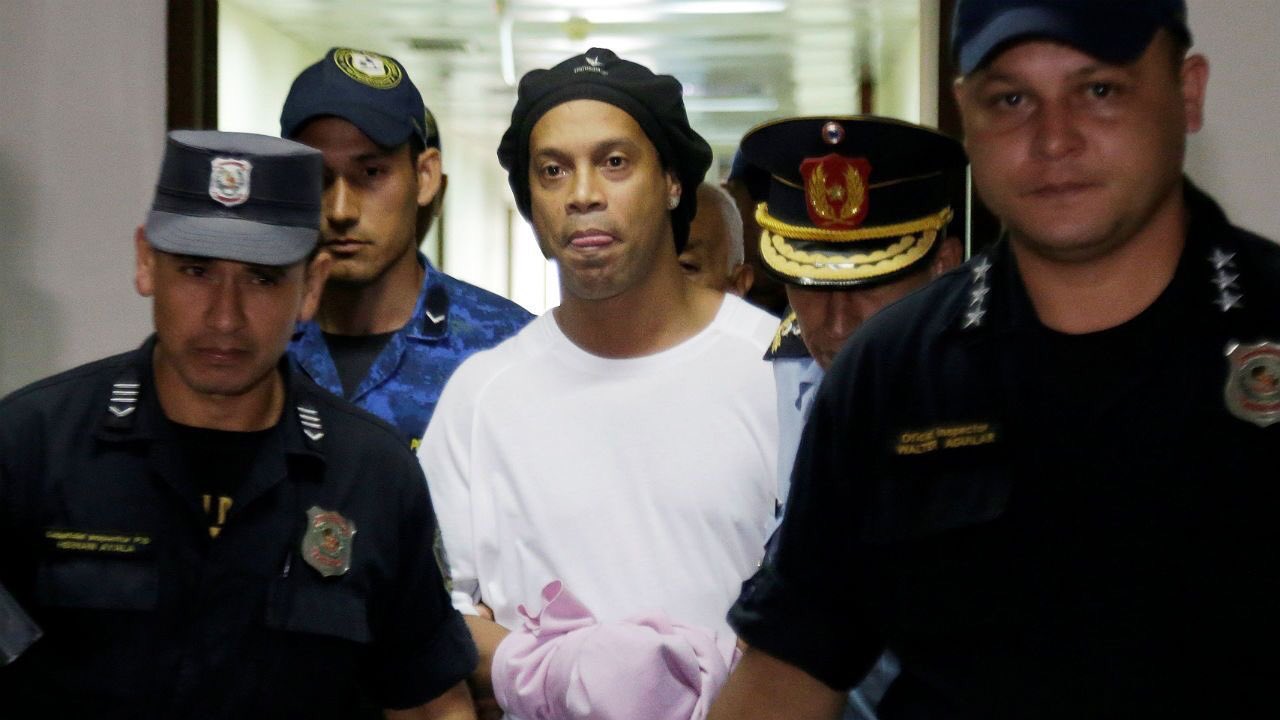 Former Barcelona superstar Ronaldinho has been released from a Paraguayan prison after just 32 days over forged documentation.

The 40-year-old is set to be put on house arrest at a hotel in the country’s capital of Asuncion after reportedly paying a £1.3million bond.

Both he and his brother Roberto were charged with attempting to enter the country with fake passports last month, and had been faced with six months jail time.

But judge Gustavo Amarilla has permitted them both to stay at a hotel for the mean time, with the case still being decided and the player’s lawyers attempting to appeal the decision to jail him.

It had been argued that he should be spared from facing prison due to his high-profile status as a former footballer.

Ronaldinho, who last played for Brazilian outfit Fluminense in 2015, was arrested along with Roberto on March 6, but denied using a forged passport, with the former World Cup winner insisting he didn’t know he had committed an offence.

His own lawyer Adolfo Marin said the former player had been ‘stupid’ and criticised the courts for not taking into account his mistake.

‘The courts have not taken into account the fact that Ronaldinho didn’t know he was committing a crime, because he didn’t understand he had been given false documents. He is stupid.’

Despite his fall from grace, Ronaldinho has been making the most of his time behind bars and was seen taking part in a game of foot volleyball with his fellow inmates on the prison grounds.

He also utilised his skills on the pitch by taking part in a football competition and helped his side win. He recently turned 40 and had to spend his birthday in prison, but the prisoners ensured he still had a smile on his face as they baked him a cake and prepared him a barbecue.