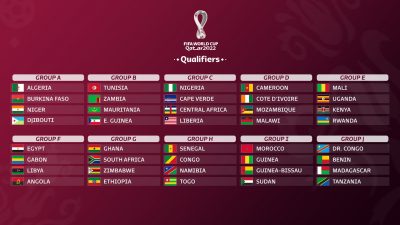 Odegbami: With 2 Years to go, The Super Eagles Land in Qatar!

‘Nigeria is not in the ‘Group of Death’.

Such a headline cannot be serious.

The result of the just concluded World Cup draws in Cairo, Egypt, is too good to be true and cannot be described as anything near the ‘Group of Death’. To do so would be sarcasm, describing what must be a conspiracy to place the Super Eagles in a group where to fail does not exist – well almost. Such a headline will only be to attract attention, otherwise everyone would assume that Nigeria has walked over the teams in their group even before a ball is kicked! Group C is as easy as that.

I read Gernot’s Rohr’s reaction to the group. He describes it as ‘tricky opponents’.

Rohr is right to be cautious and modest, but in the year 2020, with all the achievements, capacity and experience of the Super Eagles, the most difficult team to play against and to defeat in Africa, the most expensive team on the continent, he should not be telling Nigerians about ‘tricky opponents’ but about his capability to take the new Super Eagles to the semi-finals of the World Cup.

There is no need for him to be arrogant and to say the group matches will be a walk over but, definitely, he should not make a mountain out of a small mound of earth that the oppositions, in this case, are.

With Liberia, Central African Republic and Cape Verde as the opponents in Group C, it would not be immodest to say that the Super Eagles will have no excuse in the world not to qualify from the group, successfully go through the final qualifier, go to Qatar and get to the quarter final of the FIFA World Cup in Qatar. That’s the only assurance I would expect from a foreign coach at this point in our history, nothing less, and no hiding behind modesty, excuses and caution.

Probably, never in the history of the World Cup draws has Nigeria been this favoured. Applying all known indices – statistics, personnel, capacity, reputation, rankings and even previous meetings between the teams – there is absolutely no reason (forget the theory that football is unpredictable, and that there are no more minnows in African football) why the Green and White flag of Nigeria would not be hoisted high and flapping in the desert air of Qatar in the winter of 2022.

Of course, there is still a final round of the winners from each group to be played to determine the final 5 spots from Africa, an obviously more challenging task. But beyond all the qualification matches that any one of several average Nigerian coaches can easily scale through with victories (as they have successfully done before through Shuaibu Amadu and Stephen Keshi), my eyes are trained far ahead to the championship proper, to the possibility of the Super Eagles getting to the quarter-finals of Qatar 2022, at least. That’s the irreducible minimum that Nigerians should be told to expect at this point in our football development.

Whether the country gets there or not is a different matter, but that should be our minimum target, henceforth.

The draws of the qualification matches provide the perfect opportunity to hone the emerging new and very gifted Nigerian players showing up all over Europe, waiting to be harvested and to be built into a solid national team, rich in the best traditions of Nigerian football – speed, power, wing play, endless running and pressing in mid-field, plus the never-say-die winning attitude.

The reality is that between now and the last month to the World Cup in 2022, there is nothing any coach can do, foreign or local, that can be considered very serious with the national team. The coach will depend entirely on the quality of players available in the squad to execute all the not-too-difficult qualifying matches. The pattern from match to match will be simple and similar – a quick assembly of the best players from Europe two to three days to a match, a few training sessions, one or two tactical sessions, and, that’s it really. The matches will be played (nail-biting or not) and won, and the coach will be considered worthy of his wages. There is nothing very technically special at this stage, and that’s very important to note.

Because I still believe Nigeria’s best option (beyond technical competency) is to let a qualified Nigerian take the Super Eagles to the next World Cup, these draws provide the perfect opportunity to make equip the identified Nigerian with valuable experience during the almost two years to the championship, to study the intricacies of football at the highest levels, and to develop self-confidence during the period of winning all the easy qualifying matches. A great performance in Qatar will shatter the jinx that a Nigerian is good enough to handle the national team. 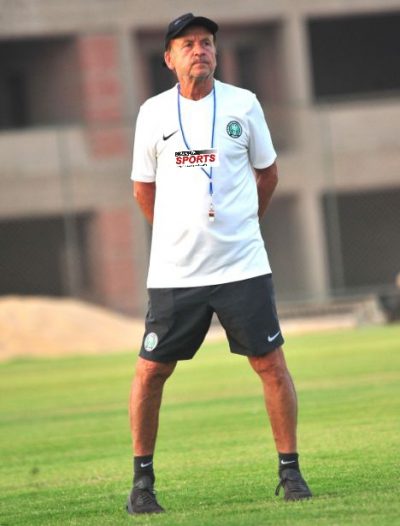 The truth is that Group C is an easy group for Nigeria. It shall be a relatively easy ride. Everybody knows it. So, no foreign coach should pull the wool over Nigerians’ faces by insinuating that the journey is tricky, even if the country accepts that no opposing team shall be disrespected.

This is the time for Nigeria to get its act together, and start to groom her own indigenous coach, give him confidence, give him good exposure and assist him to garner the useful experience that will make it possible for a Black person, a Nigerian, proud and dignified, to be considered intelligent enough to lead a national team to the World Cup and win it!

Also Read – Odegbami: The Next Coach of the Super Eagles!

For me, the draws have finally settled the matter of local and foreign coaches for the Super Eagles, in my humble reckoning. This is surely not the ‘ Group of Death’. It is the ‘Group of new beginnings’.

There is no Nigerian, ready-made already to handle the national team, but there is the pool of retired ex-international players that are still relatively untainted and unbitten by the bug of corrupting influences amongst coaches in national teams from the Stephen Keshi era till now. 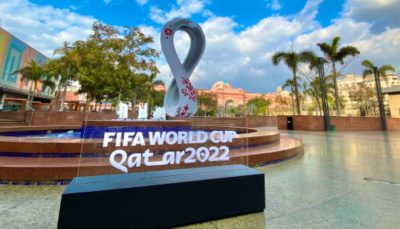 There are two things that must not be compromised in the new coaching cadre – national team coaches that are in the business of marketing players directly or indirectly, and those that are not mentally and morally strong enough to ward off all external pressure from agents, scouts, managers and even football administrators to influence things in the national teams.

This may actually be the time to toy again with the idea of reviving the position of Team Manager, a unique Nigerian prescription that worked successfully for the country in the past. It helped to check ugly practices of coaches, provided a second line of attending to the welfare of the team, helped in the management of the egos of Nigerian players, and provided a buffer for the head coach against the shenanigans in Nigerian football administration.

I was the last such Team Manager during the period of the greatest assemblage of Super Eagles that qualified for the World Cup for the first time in 1993, won the 1994 African Cup of Nations in 1994, went to USA ’94 and emerged one of the most entertaining teams, and the fifth ranked team of the World Cup. 1992 to 1995. I was working quietly in the background, supporting and complimenting Clemens Westerhof. The position had no technical authority and did not compete in any way with the man in charge – the coach.

There is a whole pool of qualified persons that can fill that slot including those that may have deep knowledge of football and administration without ever having played the game at the highest levels.

Having said all this, the Super Eagles shall be in Qatar. Last Monday in Cairo, the elements made sure it is so.