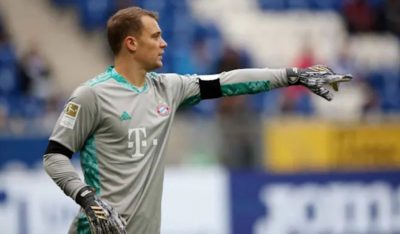 FC Bayern Munich head coach Hansi Flick, and the duo of goalkeeper Manuel Neuer and midfielder, Thomas Muller, have admitted that The Bavarians were poor in Sunday’s Bundeslga matchday-2 game they lost 4-1 to home side, TSG 1899 Hoffenheim, at the PreZero Arena in Sinsheim, Completesports.com reports.

Flick, Neuer and Muller’s post match comments were published on the on the 2019/2020 quadruple winners’ official website, Fcbayern.com.

“It was too easy for our opponents to create chances today. We weren’t as efficient in attack as usual. But I think we got off to a good start. I can’t blame the team. They fought and did everything they could. I accept the defeat,” Fcbayern.com quoted Flick as telling reporters during the post match news conference.

Manuel Neuer added: “We won’t look for excuses. That’s what awaits uls this year. A match every few days, we know that. So we can’t talk about how tired we are, we must accept it.”

Influential midfielder, Muller, says the bad result is a forgettable one and hopes that he and teammates bounce back stronger in their next game on Wednesday against Borussia Dortmund at the Allianz Arena. 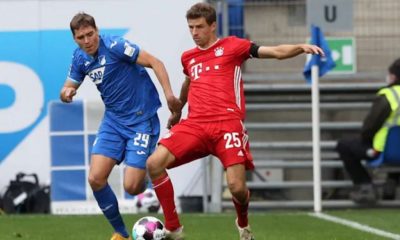 “It wasn’t an optimal performance, but there were one or two moments where we could have equalised, and then it would be a different story. We gave everything, you could see we were trying to strike back, even if it looked a bit chaotic,” Muller said.

“We risked everything. I don’t know any team in sport that has remained undefeated for years. Obviously, it’s not what we wanted and before the game I didn’t think this would happen. But it did. Now we have to deal with it, rest well and turn to the next game on Wednesday. We have a great opportunity to fight back.”