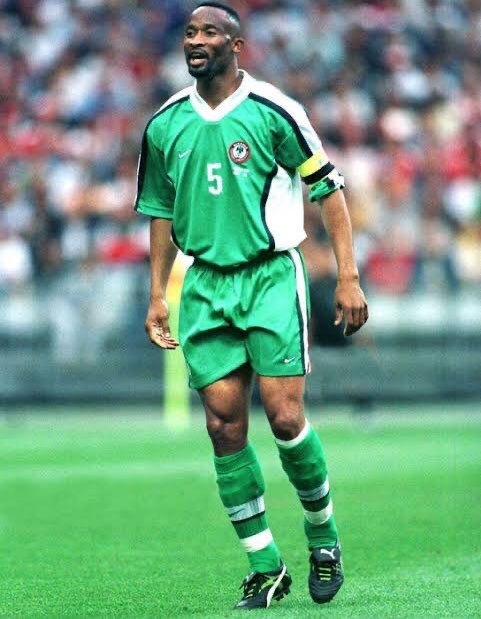 Both football governing bodies sent their wishes via Twitter handle.

And according to CAF: “Happy Birthday to former international Uche Okechukwu.

“The Nigerian defender won the 1994 #TotalAFCON with the Super Eagles.”

Born in Lagos , Okechukwu started his career playing for Flash Flamingoes and Iwuanyanwu Nationale, winning the 1988 and 1989 Nigeria Premier League with the latter.

In July 1990 he moved abroad to join Danish club Brøndby IF , being signed by newly appointed coach Morten Olsen alongside teammate Friday Elahor.

Okechukwu helped Brøndby win the 1990 and 1991 Danish championship, and was one of the mainstays of the squad that reached the semifinals of the 1990–91 UEFA Cup.

He made his Super Eagles debut in 1990 scored three goals in 47 appearances before retiring from international in 1998.

Also, he helped Nigeria win the 1994 AFCON and gold at the 1996 Atlanta Olympic games.