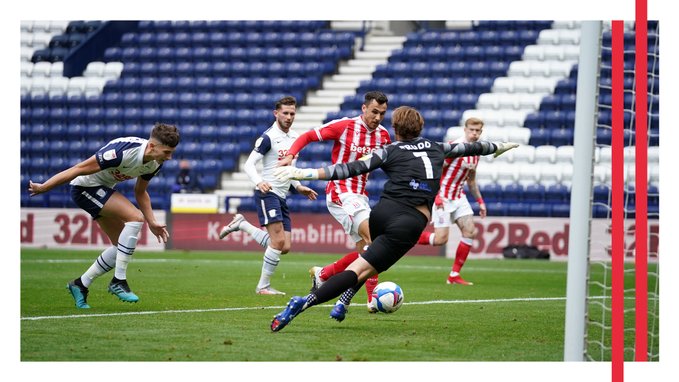 John Mikel Obi bagged an assist as Stoke City recorded a 1-0 away win against Preston North End in their Championship clash at the Deepdale on Saturday, reports Completesports.com.

Mikel’s low cross was turned in by Lee Gregory in the 39th minute.

The midfielder featured for 90 minutes in the game.

In another Championship game, Tom Dele-Bashiru made his league debut for Watford, who pip Luton Town 1-0 at the Vicarage Road.

Joao Pedro scored the winning goal for the home team 10 minutes before the break.

Ejaria was in action for the entire duration of the game.

Michael Morrison and Lucas Joao scored for Reading, while Lee Tomlin was on target for Cardiff City.